Greek police published several pictures of the bomb that was found at the Athens Metro on Saturday evening and asks the help of the citizens. The explosive device was carried into a green plastic bag. It didn’t explode due to some failure in the connection of the alarm clock with the device, said the police. 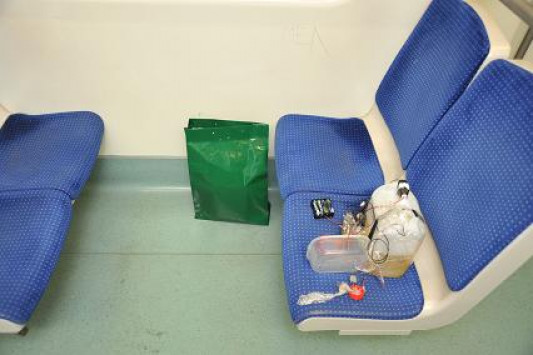 The police seeks information by the passangers who used the Metro Line 3, that arrived at Aegaleo station at 5:18 pm on Saturday, February 25th 2012.

The police asks anyone who would have some hint about the person/persons who carried the green plastic bag to call the telephone numbers <170>, <1014> and <1964> of the Anti-Terror Police Department. “Conditions of anonymity and the confidentiality of the communication are secured”, police said in a statement.

The bomb was found by the driver at the last wagon of the metro.