Relatives of Marios Lolos, the chairman of the Greek Union of Photographers who suffered brain injuries by police seek eye-witnesses and footage material and/or pictures to help with the investigation. Marios Lolos was attacked by a policeman with a baton on the back of his head and suffered brain injuries on Thursday, 5. April 2012, while he was covering the evening  protest at Syntagma Square/Greek Parliament in downtown Athens. 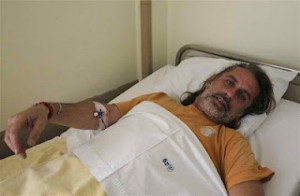 The pictures below show several photo-reporters taking snapshots or filming. Can you help?

Lolos, his relatives and colleagues from the Greek Photo-Reporters Union think that important footage was filmed by foreign colleagues and camera crews.

If you can give any clue, please, contact Greek journalist Ioanna Iliadi per e-mail. Please, share via Social Media and Crosspost.

We are looking for eyewitnesses and footage/video-pictures on the attack against the chairman of the Union of Photographers of Greece, Marios Lolos, Thursday (5 April 2012) evening in Syntagma square. By comparing the photos we concluded that there is great possibility that the incident was film by Greek or foreign colleagues . We publish here few pictures which could help in research of people who eventually took a snapshot. If you recognize people or if you are among them, email me so I can put you in touch with Marios Lolos relatives . People who have been circled in the photos have a great possibility to help the research. 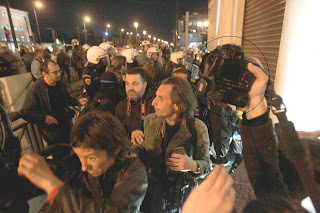 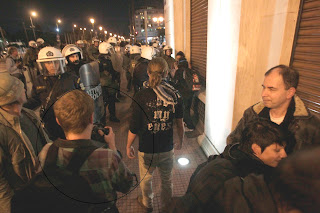 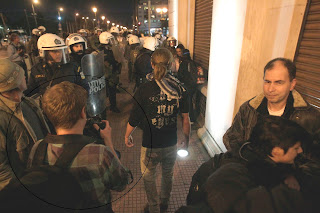 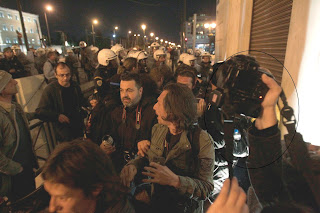 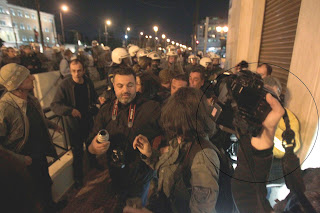 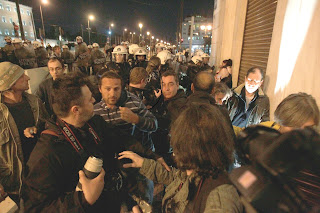 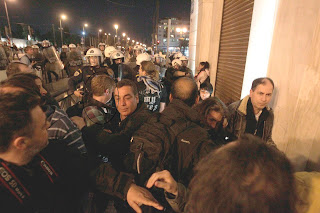 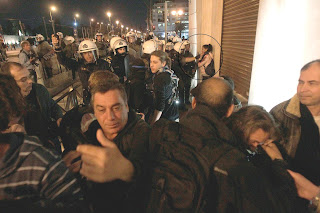 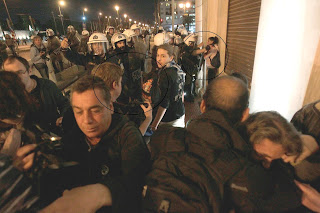 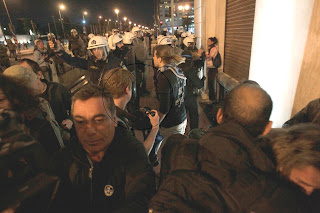 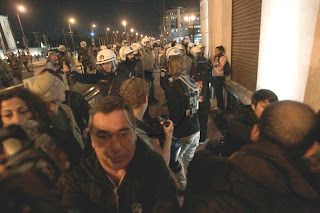