Unbelievable! German Chancellor Angela Merkel arrived in Athens wearing a lime green jacket. A jacket she also was wearing when she watched the football match between Germany and Greece. In June 22, 2012 during the EURO tournament. When broke Greeks went home defeated 4-2 by the German team. 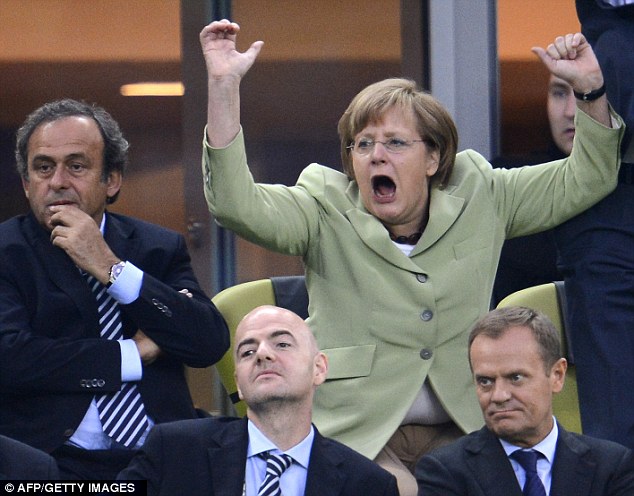 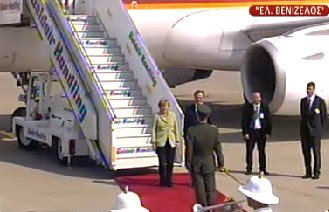 I would dare say, that she even wears the same white top under the jacket. But definitely not the same trousers.