Society in Chania is shocked after two suicides that took place on a single day. On Friday noon, a young man jumped from the balcony of his home. The paramedics who rushed with ambulance on the  spot could only find out that the man had suffered fatal head injuries.

In another incident, in a village also the the prefecture of Chania, Crete, a 70-year-old farmer committed suicide apparently drinking pesticide.

The two tragic incidents occur just days after one suicide in Patras, Peloponnese, and one in Lamia, committed by two men in their forties.

Greece saw a sharp increase of suicides after the country sought international aid in May 2010. More than 2,000 people, men in majority have committed suicide during the last two and a half years. Unconfirmed reports speak of some 3,000 people, who saw no other option to escape financial problems, debts and unemployment, other than put an end to their lives. 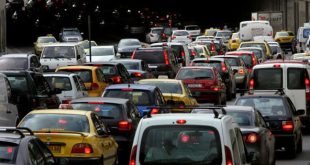