Greece has completed the barbed-wire fence at its North-East borders to Turkey. With 10,365 meter length and 4 meter height the fence extends all along the land borders, from  Kastanies posting until the Evros river. 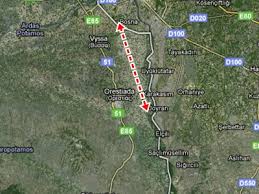 According to Greek officials, the fence cannot be climbed without mechanical means. Of course, illegal immigrants can still swim through the Evros river and reach Greece. 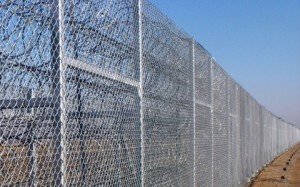 With a total cost of 3 million euro, Greece hopes to prevent the influx of illegal immigrants to the country. The original budget calculation was 5 million euro.

The construction of the fence lasted almost one year and started under PASOK minister for citizen protection Christos Papoutsis.

With the barbed-wires keeping away unwanted and unwelcome migrants, I see an increase of poor souls trying to reach Greece through the waters of the Aegean Sea, often with tragic consequences that drown lives and violent end dreams just one or two nautical miles away from the solid land.

A fence is not enough to stop illegal immigration as the human traffickers can get inspired to thousand alternative ways. Eliminate the reasons for immigration, combat the trafficking rings, outside and inside the country. Them and their helpers.