Brussels advises Troika employees to work in disguise when in Athens

Tens of EU officials are advised to walk around the streets of Athens wearing shabby clothes in order to avoid become a target of terrorists. The advice from Brussels was transmitted to Troika employees after the series of bomb attacks in the Greek capital.

According to “Micropolitikos” column at daily Ta Nea, the instructions coming from Brussels headquarters want that the Troika employees

wear rather shabby clothes, avoid expensive ties and cufflinks and in case they have bright coloured hair to wear caps or fedora hats.

Furthermore, they are instructed to claim they work for a well-known fashion design company or something like that and that they’re assigned to a post in Athens, in case they have been asked where do they work. 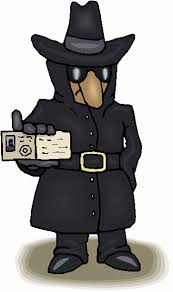 Of course, the instructions refer to the lower-rank Troika employees because the Troika-stars Thomsen & Co are under the protection of well-trained security guards and do not dare to even make a delivery phone call outside the hotel where they reside when in Athens. 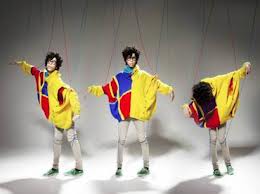 PS How can a foreigner in shabby clothes and fedora hat  claim to be employee at a fashion company? Not very convincingly, unless he/she carries a Louis Bitton  bag pretending to be an austerity- and recession-hit Greek