Students took to the streets of downtown Athens on Wednesday to protest the so-called education ‘reforms’  that will shut down universities and technical colleges in the name of Troika-imposed austerity.

The controversial plan carrying the euphemistic title “Athena” , the ancient Greek Goddess of wisdom, foresees the merger and shutting down of 384 departments and faculties of universities and technical colleges as well as the closure of some universities and colleges. Furthermore, the plan will reduced the number of entrants blocking the way to higher education.

A total of 384 faculties will be closed down: 250 in universities and 134 in technical colleges (TEI) faculties. Only 28 faculties will remain open in so-called ‘transition time’.

Angry and frustrated students have been protesting in recent weeks in the several regions of Greece and thus in areas where the faculties will be closed.

The plan seems to have been worked out the usual …Greek way: without thorough thought, without academic logic and without taking into consideration the real life factors. For example:

– The merger will force students of Public Relations Department in Agrinio to get a diploma in Economics.

– In some areas, the closure of technical colleges will force students to relocate 200-300 km away. And this in times of economic hardship for the students and their families. 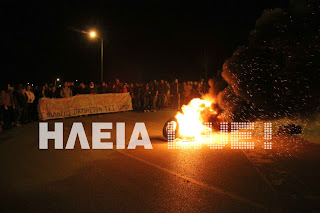 The draft is being submitted today to the parliament by the Minister of Education.Protest rallies are held today also in other Greek cities.