The final terms of the bailout agreement between the Cypriot government and the troika of international lenders are to be worked out and have been finalized until Thursday, in order to be approved by the Eurogroup working group. The deal is based on the bailout terms agreed last November with the previous government. 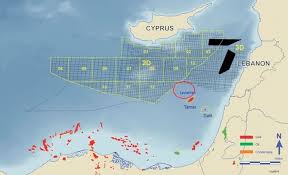 Details of the memorandum of understanding (MoU) that Cyprus has to sign with the troika as part of its 10-billion-euro bailout were leaked to the media.

-raising the corporate tax rate from 10 percent to 12.5 percent

-increasing the tax on interest and dividends to 30 percent

It also envisions 1.4 billion euros being raised from privatizations and calls on Nicosia to keep its lenders fully briefed regarding its plans for the exploitation of hydrocarbons.

“The draft bailout agreement between Cyprus and the troika, which was published in the Cypriot daily Phileleftheros on Monday, foresees the exploitation of offshore hydrocarbon deposits as part of an economic reform program aimed at putting the country back on the path to fiscal health.

The plan set out in Phileleftheros envisages the creation of infrastructure to exploit undersea reserves and of a fund that would manage state revenues derived from natural gas finds. It also gives Nicosia one more year than anticipated to post a primary surplus – setting a deadline of 2017 rather than 2016.” (ekahtimerini)

Below are some of the short- and medium-term financial, fiscal and structural measures.

Revenue measures
1.2. Ensure additional revenues from property taxation of at least 70 million by: (i) updating the 1980 prices
through application of the CPI index for the period 1980 to 2012; and/or (ii) amending tax rates for the value bands.
1.3. Reduce the expenditure on various housing schemes by at least EUR 36 million by consolidating and streamlining the schemes for the displaced and the Comprehensive Housing Scheme, discontinuing the special grant for acquiring a first residence and ceasing the provision of loans and loan guarantees related to house construction and acquisition under all government-administered housing schemes.
1.4. Increase the statutory corporate income tax rate to 12.5%.
1.5. Increase the tax rate on interest and dividend income to 30%.
1.6. Increase the bank levy on deposits raised by banks and credit institutions in Cyprus from 0.11% to 0.15% with 25/60 of the revenue earmarked for a special account for a Financial Stability Fund.
1.7. Undertake a reform of the tax system for motor vehicles, based on environmentally-friendly principles, with a view to raising additional revenues, through the annual road tax,
3 The 2013 deficit target may be revised to take into account the potential compensation of pension funds’ losses
on deposits in Cyprus Popular Bank not covered by deposit guarantee scheme the registration fee and excise duties, including motor fuel duties. The reform will take into account the related study of the University of Cyprus.
The agreement foresees also reduction of health care expenditure and introduction of a co-payment system for medical services and pharmaceuticals.

“Having inherited an atomic bomb, the government managed to neutralize it and in doing so saved the country from total bankruptcy,” government spokesman Christos Stylianides told reporters Monday.

President Nicos Anastasiades told daily Phileleftheros, he would allow casinos to operate in Cyprus and also proposed tax incentives for companies that reinvest profits in Cyprus.

After the pillars of its economy have been crashed, Cyprus seeks alternatives in gambling…