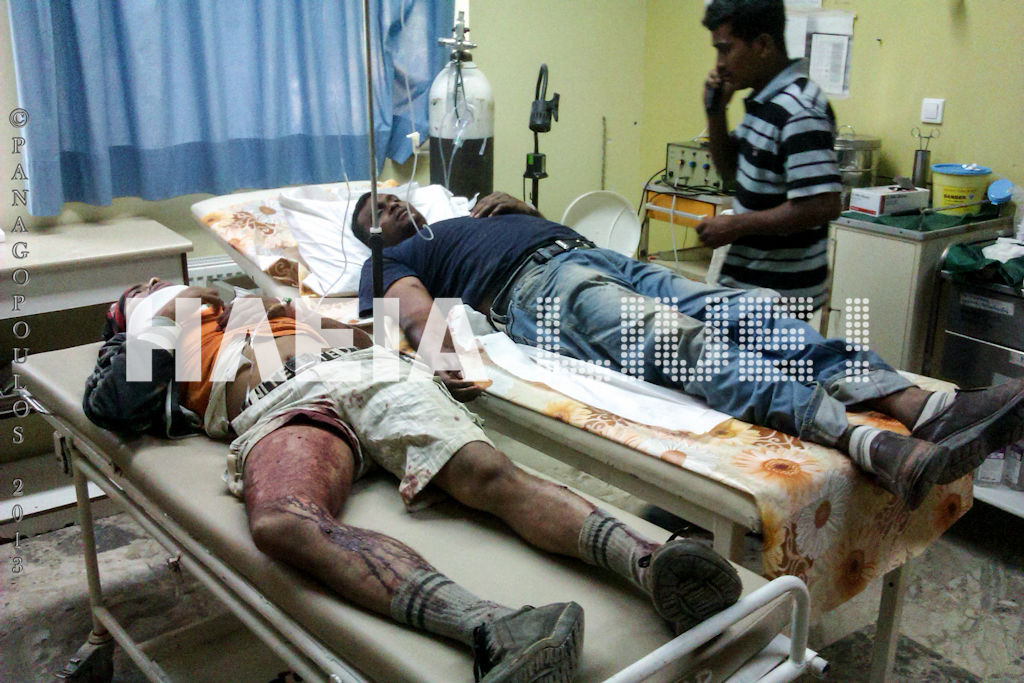 Manolada: Shots fired on immigrant workers when they asked their wages; 28 hospitalized

At least twenty-eight strawberry pickers from Bangladesh were transferred to hospital with light injuries on Wednesday afternoon after being shot by the foremen of their employer. The incident occurred  at 6 p.m. Wednesday on the 41st kilometer of the highway between Patras and Pyrgos in Peloponnese. A large group of immigrants mainly from Bangladesh who worked as strawberry pickers went to meet with the foremen of their Greek employer, demanding outstanding wages for the last six months.

However the strawberry pickers and foremen had a dispute, they wrangled with each other and the three Greeks took up rifles and started blindly shooting into the crowd. The workers started to ran in panic, while they were being shot on the back and other parts of their bodies. 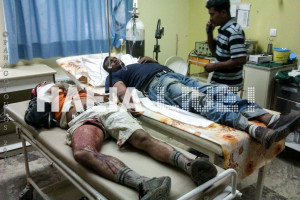 Greek media report that 28 of them were transferred to nearby hospitals – police give the number of the injured as 20. While there are reports that none of them had serious injuries, local media patrisnews noted that four of them were in critical condition.

According to local media IliaLive that spoke with some of the injured, the group consisted of 80 immigrant workers. Four or five foremen told them there would be no payment and they should return to their work. When the dispute started, three foremen opened fire.

Ilia Live reports of 32 injured workers , with 10 being in serious health condition.

Police arrested the 57-year-old employer a couple of hours later.

It is not the first time that a dispute breaks out between immigrant workers and their employers in Manolada, where Greece’s strawberry fields lay. Migrant workers have often to live in indescribable conditions, as KTG reported exactly two years ago in “Modern slaves in Greece“.

No wonder, some people call them the “Strawberries of Shame”.