Gradually, Greece turns into the 21st century version of the dark and gloomy world of Charles Dickens: with households burning wood for heating,  with workers working for nothing, … and to put the icing on the Greek cake, soon also with debtors’ prisons.  What we reported in January, turns into reality: tax prisons! The government seeks a military camp to turn it into a prison for those unable to pay their debts: to tax office or social security funds, for example.

However, this prison conditions will not be as harsh as in the Marshalsea prison, where Willam Dorrit spent long time.

Modern Greek imprisoned debtors, for owing the state more than 5,000 euro  will “live in humane conditions,” as the ministry of Justice told members of the Parliament on Thursday.

“The state is seeking a military camp within the limits of Attica prefecture for the housing of state debtors charged with prison penalties, ” deputy Justice minister Kostas Karagounis told MPS adding that the special prison for debtors will improve their detention conditions that will be more humane.

Yes, the humane factor will be that they won’t be held together with murderers, drug dealers or robbers.

The plan to build economic prisons is inevitable after the relevant decisions and circulars issued by the Finance Ministry. Last February, the ministry decided to impose even prison penalties to debtors owing the state more than 5,000 euro.   Debtors will have a chance to start paying their debts in installments – deadline up to 4 months – before they will be put behind bars.

The Finance Ministry apparently considers prison penalties as the only way to enforce the bankrupt little devil to “give the state what belongs to the state” even that’s emergency property taxes, solidarity tax and trade tax and possible income taxes that can soon sum up to 5,000 euro debt within two years, interests included.

Of course, the state would rather proceed to an agreement arranging up to 48 installments so the debtors could slowly pay the money they owe.

But what if they can’t pay? What if they have no assets that the state can confiscate? They can spend several months in a so-called tax-prison and enjoy humane conditions…. 🙂

And thus in the company of big fish, like businessmen owing the state several million euro or even billions! Like the man arrested on Thursday for allegedly owing the state 6.3 billion euro, as Greek media report.

PS I asked a friend “Will ever those who brought the country to this economic situation go to jail?” His advice was “Omit the question mark!”

back to Dickens & Little Dorrit times 🙁 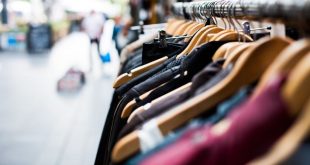