The IMF’s review on its Greek program was released late last night. The 51-pages document on Greece’s fiscal adjustment program 2010-2013 is more than clear: The IMF screwed Greeks for three consecutive years. The IMF failed to realize the damage  austerity would do. The IMF failed to predict the real recession. The IMF applied wrong multipliers. The list in which the IMF officially admits its mistakes and failures in the case of Greece is long and despicable, if one takes into consideration the thousands of impoverished Greeks, the 1.3 million unemployed, the crash of the health care and the social welfare, the practical collapse of the public administration and inhuman austerity measures like taxing the verified poor.

There were notable successes during the SBA-supported program (May 2010–March 2012).
However, there were also notable failures.
Confidence was also badly affected by domestic social and political turmoil and talk of a Greek exit from the euro by European policy-makers.

A quick recovery in growth appeared optimistic. …Nonetheless, the program assumed a V-shaped recovery from 2012.

The program avoided a disorderly default and limited euro-wide contagion. But recession was deeper with exceptionally high unemployment.

Market confidence was not restored, the banking system lost 30 percent of its deposits, and the economy encountered a much-deeper-than-expected recession with exceptionally high unemployment. Public debt remained too high and eventually had to be restructured, with collateral damage for bank balance sheets that were also weakened by the recession. C

The IMF report is long and on PDF which makes it kind of difficult to copy paste some sections.

Are you nuts? “Views expressed in this document are those of the staff team and do not necessarily reflect the view of the Executive Board of the IMF.”

If your interested in the whole report, click here, or read some excerpts as posted on international media:

The Guardian: IMF admits: we failed to realize the damage austerity would do to Greece

Athens officials react to report with glee, saying it confirms that the price extracted for country’s bailout package was too high

In an assessment of the rescue conducted jointly with the European Central Bank (ECB) and the European commission, the IMF said it had been forced to override its normal rules for providing financial assistance in order to put money into Greece.

Fund officials had severe doubts about whether Greece’s debt would be sustainable even after the first bailout was provided in May 2010 and only agreed to the plan because of fears of global contagion.

While it succeeded in keeping Greece in the eurozone, the report admitted the bailout included notable failures.

“Market confidence was not restored, the banking system lost 30% of its deposits and the economy encountered a much deeper than expected recession with exceptionally high unemployment.”

In Athens, officials reacted with barely disguised glee to the report, saying it confirmed that the price exacted for the €110bn (£93bn) emergency package was too high for a country beset by massive debts, tax evasion and a large black economy.”

Forbes : IMF on Greece: We Screwed Up But It’s Really the Eurozone’s Fault

For Euro crisis enthusiasts, today’s IMF review of its Greek program is a real treat. By official standards, the document is thoroughly honest and clear. The report contains two clear messages. Message One: We screwed up. (This is widely accepted outside the IMF but the admission is refreshing all the same.) Message Two: Dealing with the Eurozone countries was impossible and it’s really they’re fault.

I’m just surprised that the IMF does not admit it had no previous experience with single-currency member states and that internal devaluation could not work.

Interesting enough on the same day the report was released, the IMF website uploaded an interview with the chief of Greek program Poul Thomsen – the ‘interview’ was conducted by IMF staff ! No a single word is spoken about the IMF failures.

Greece has made substantial progress in strengthening its fiscal position and increasing its competitiveness, but it still needs to plough on with structural reforms to boost growth and generate jobs.

In this upside down IMF technocrats world, where the plight of one looks like success for the other,  Thomsen considers as success the reduction of imports – without making a link to real world deflation and consumers’ behavior. And he also signals further cuts in wages.

Thomsen: imports have been dramatically reduced, bringing over 10 percentage points of GDP improvement in the external current account position. Competitiveness has also improved. There is still a competitiveness gap, but it’s been substantially reduced.

Poul Thomsen seems to identify the main problem of growth. “There are [closed professions] restrictions, for example, to become a tourist guide.”

But to be fair, Poul Thomsen openly and officially admitted on Wednesday evening during a press conference that the IMF applied wrong multipliers on the Greek Program:

Thomsen:  There are certainly things we could have done differently. We already had that debate six months ago on these multipliers and that if we should do it again, we would not use the same multipliers. We use estimated multipliers. (full transcript of Poul Thomsen’s press conference here)

Despite all these admissions of wrong policies, no revision of the austerity program is foreseen, no return of the money of those who were deprived of their last cent .

Does admitting these problems help Greeks? Is a simple “Sorry” enough? No, it’s not. But so far there is no rumor around the Greek government would pose any compensation demands in the name of the Greek citizens.

Somewhere in this influx of papers, reports, reviews and interviews, I read:

“IMF: the common view was that no-one could have predicted the depth and length of the recession.”

I truly believe that exactly here is the root of the main problem of IMF: its staff  sees only in two dimensions (depth and length), where the real world one more dimension: the width.

We screwed you only THAT much… 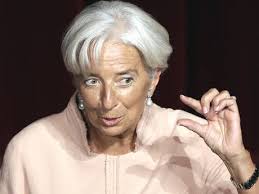 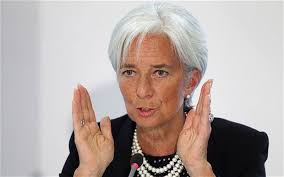