I had thought that 2013 would be the worst austerity year for the average Greek. But I was wrong. The worst is still to come and thus right with the beginning of 2014. After the immense pressure by the country’s lenders – the Troika – the Greek government announced the ‘gradual lifting of the ban on home evictions on the primary residence of people who cannot pay back their mortgage.

Deputy Development Minister Thanasis Skordas said on Wednesday that the government seeks to implement a plan that will provide specific criteria so that not all properties will go under the hammer.

Such criteria would be social (unemployed property owners and large families), income criteria, the period of auction freezing, amount of mortgage, the size of the property.

The ban of home eviction for primary residence and property commercial value up to 200,000 euro was implemented in 2008. An extension was given end of 2012 for one more year. Greek government was shocked by the wave of suicides in Spain committed by property owners who had lost their home. The Troika had approved it under the condition that the period of mercy would end up December 31st 2013. 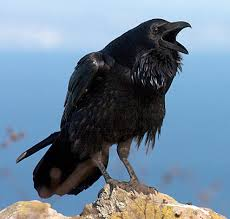 readying to get hold of your home
The Greek government bowed for one more time to lenders’ commandments. Again it’s the average Greek who will pay the price for decades of mismanagement and waste of public money.
So far nobody has been held responsible for the economic squalor of the country and the hardship for million of Greek people.
PS Ops! I forgot! “The country was saved”…