Athens: special guard fires in the air in the middle of antifa protest (videos)

September 20, 2013 Politics, Society Comments Off on Athens: special guard fires in the air in the middle of antifa protest (videos) 88 Views

Tension was high at the antifa protest that was taking place at Kalogiron Square outside the metro station “Dafni” in Athens on Friday evening. Some 500 people had gathered to protest the stabbing of left musician Pavlos Fyssas by a member of extreme-right Golden Dawn.

Suddenly a young man on motorbike approach the crowd and started to turn rounds.  According to Greek media, protesters started to ask him questions about his ideological and political beliefs. They managed to encircled him. The man suddenly took out a gun and fired three shots in the air. Allegedly to scare the crowd and free himself from the protesters. 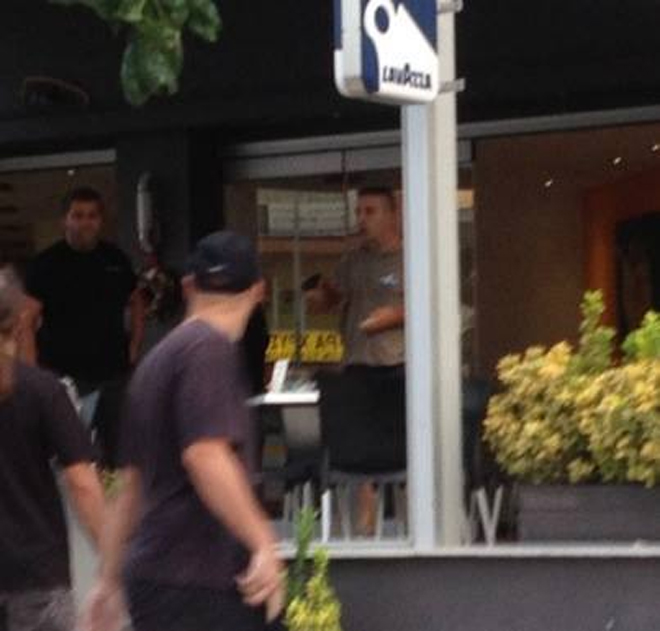 However, some 30 protesters chased him and he run to a nearby cafe to seek shelter.

Police units that were close due to protest arrested the man inside the cafe.

Citing police sources, media report that the man was a special guard (policeman) off duty and that he had used his service weapon. He was taken to police station in Dafni and is being currently interrogated.

Two days earlier, when antifa demonstrators were protesting the killing of Fyssas in Keratsini suburb of Piraeus a similar incident had taken place.

Video: a man on a motorbike mingled between protesters and police delivering clashes and hit a protester.