More than 15 riot police squads raided the building of former public broadcaster ERT at 4 a.m. Thursday morning. The raid took place five months after the overnight shut down of ERT on June 11th 2013.  ERT personnel was sacked. Journalists and technicians had been occupying ERT since then and broadcasting live program on 24/7 basis.

Riot police squads enter the building form a side entrance and fired tear gas in the yard to disperse a crowd of occupiers’ supporters.

Four journalists were taken to Greek police headquarters but they were later released.

People but also MPs from left-wing SYRIZA and communist KKE are now outside the ERT building.

Former ERT personnel calls on public to a protest rally of solidarity at 4 p.m. today.

According to Greek media, the raid followed a decision of prime minister Antonis Samaras (Nea Dimokratia) with the consent of deputy prime minister Evangelos Venizelos (PASOK).

A thick chain and a pair of handcuffs in the main entrance of ERT. A policeman attempted to remove the handcuffs but he gave in to the pressure of protesters. 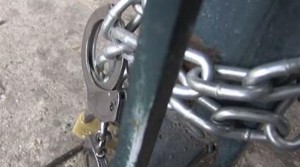 “Police intervention in ERT was done in order to apply the law and restore legality. ERT building was under illegal occupation, resulting in daily losses for the Greek government. The intervention took place in presence of prosecutor.”

During the police raid some 50 sacked ERT employees were inside the building.

The prosecutor informed them that if they did not leave voluntarily, they would be detained.  The workers refused to leave and police forces, which blocked access to the premises, entered around 05.10 am inside the building.

The main body of protesters were pushed back shortly before 7 a.m. and thus two residence blocks away form the entrance area in Agia Paraskevi suburb of northern Athens. Police fired tear gas.

According to Greek media, the journalists’ spokesman, the chairman of ERT employees union and two journalists were detained. All four were later released.

KTG understands that there was order not to detain the occupiers.

More and more people are gathering outside ERT 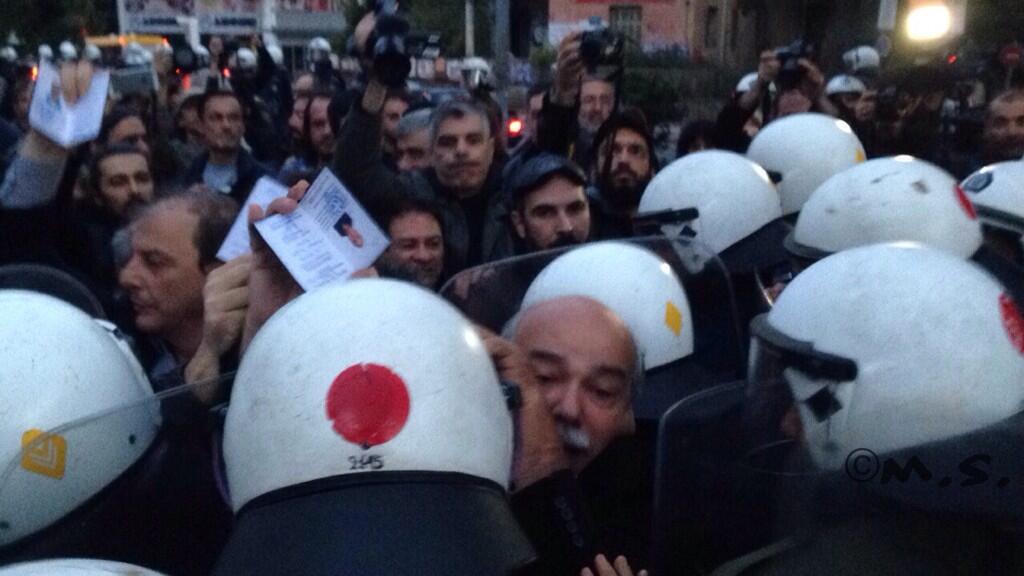 Pantelis Kapsis, the minister responsible for ERT, declared he had “no idea about the police raid.” [(LOL)] , according to Skai TV.

“Democratic Left categorically disagreed with the government’s option for the violent restructuring of public television and the rejection of any compromise. The months passed highlighted  the deadlock of the government option. The authoritarian model for promoting reforms currently experiences the expected outcome of its application” riot police in the evacuation of ERT.” (via in.gr) 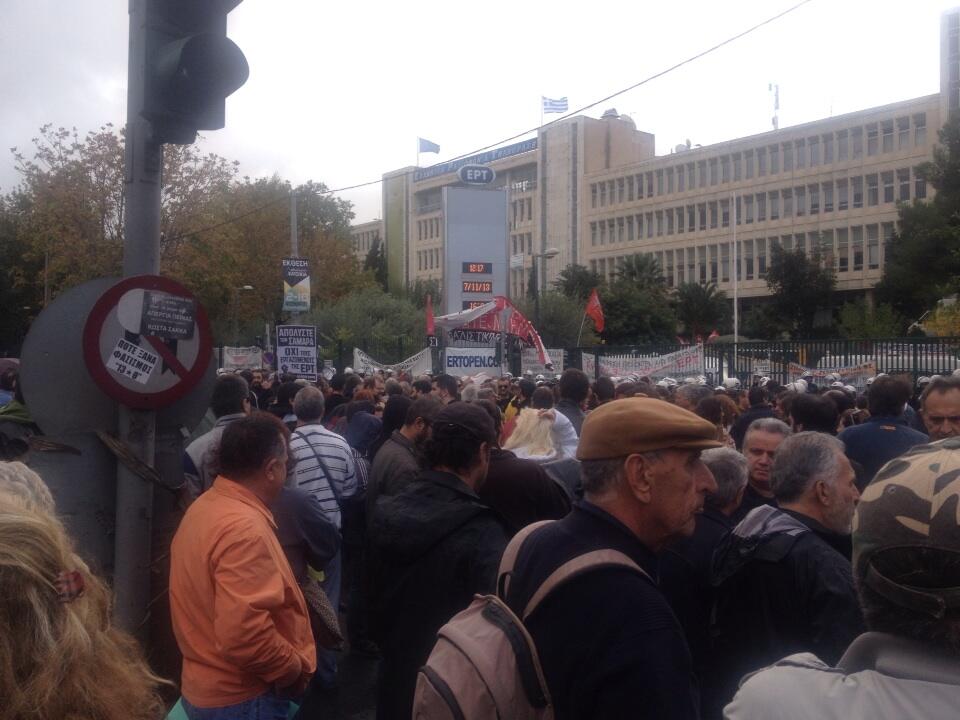 Musicians and other artists were rushing to ERT to express their support.

Famous singer Vasilis Papakonstantinou was one of the first artists to rush to ERT this morning in solidarity. Speaking to ANT1 TV, Papakonstantinou expressed his anger about the police raid  like that:

“I’m so happy. It’s a wonderful morning. I finally experience the new dictatorship. During Metaxas’ junta I wasn’t born, during Papadopoulos’s junta I was a little child.Finally I can experience a junta.” 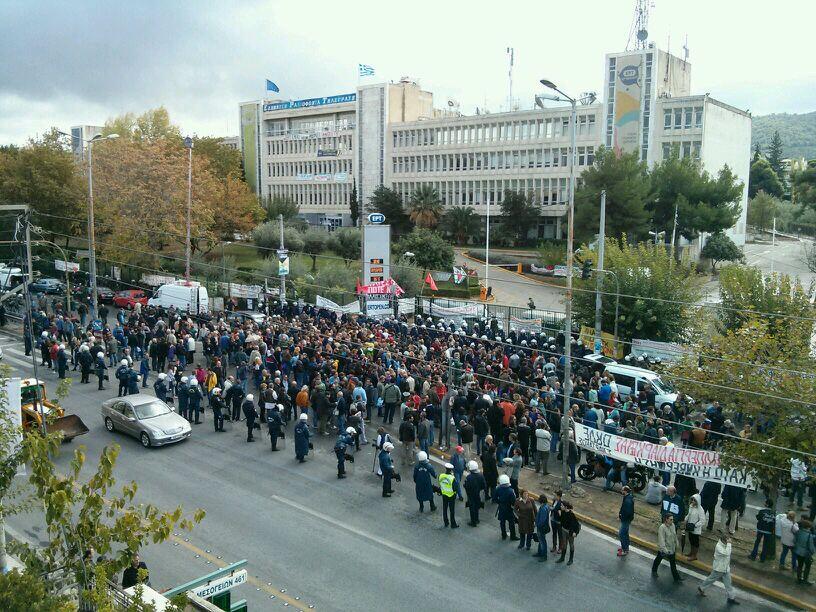 On October 10th 2013, a fired ERT3 employee jumped to her death from the fifth floor of an apartment building in Thessaloniki on Wednesday evening.  The ambulance and the medical team that rushed to the spot could not save the 46-year-old woman. See more here

ESIEA calls on media workers to join the protest at 4 pm outside the ERT headquarters in Agia Paraskevi suburb of north Athens.

PS like in the good old junta times where police raided homes in the early morning hours…..