May 1, 2014 Politics Comments Off on Greek PM Samaras: “The cosmogony has begun” 85 Views

Greek Prime Minister Antonis Samaras scared me to death his morning announcing the re-start of a cosmogony. “The cosmogony has begun,” Samaras said and I got armed to hear a new Big Bang and meet my creator. Because my logical assumption: if cosmogony refers to the creation of the world and as new cosmogony is under way… well… the world and the universe we know  was over.

But Samaras’ cosmogony was just a Big-Bang firework concerning the explosion of tourism! Samaras was referring to re-start of tourism-gony…

“The 2013 was a record year,  2014 will break this record, the cosmogony has begun. Get ready to welcome more than 20 million tourists.” That was exactly what PM Antonis Samaras said and my heart beat immediately returned to normal.

Samaras said further that “tourism makes up 15 % of the Greek economy at 7 % direct and and 8 %  indirect contribution to GDP,” and added that “the positive impact of national tourism strategy may increase the annual demand of 10 billion in the next 5 years and 25 billion in the next ten years and will create 220,000 jobs . All this does not refer to the near future, but it has already begun.”

According to Greek PM, key words for the tourism boost are: stability, strategy, tourism as a life philosophy, extroversion, competitiveness and low taxes.

Specifically he announced half a billion euro government investment for infrastructure. 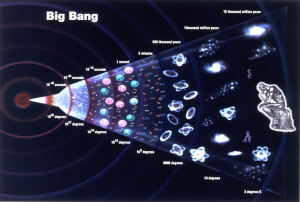