When it rains, Athens and Piraeus turn into Greek …Venice! (picts, video)

October 24, 2014 Very Mix Comments Off on When it rains, Athens and Piraeus turn into Greek …Venice! (picts, video) 154 Views

The absolute chaos! Main roads turn into rivers and lakes with floating vehicles and garbage bins.  Homes and shops are flooded, while the fire brigades received more than 300 calls to pump water. It took two to three heavy rain showers to mutate the streets in several suburbs in Athens and Piraeus to small Greek …Venices. 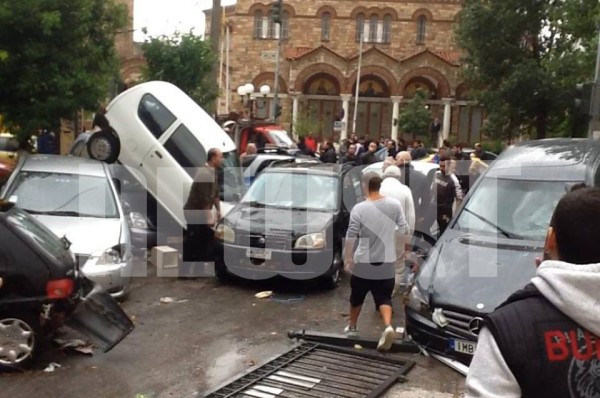 Most hit by the rain are many suburbs in Western Atthens and Piraeus: Perama, Keratsini, Drapetsona, Nikaia, Peristeri, Aegaleo. Korydallos, Ilion, Menidi but also Kaisariani and Vyronas in the center-east of the Greek capital.

Port of Piraeus – the land side, not the sea side…. 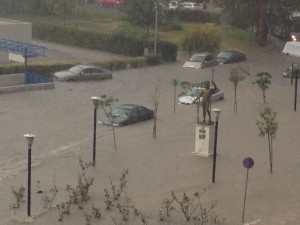 Mainroad in Piraeus – picture via @leonidaskorres

Athinon Avenue or a canal in Venice? 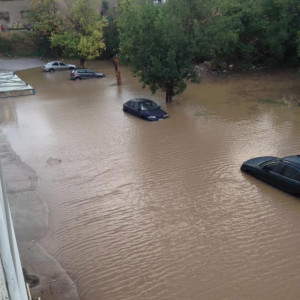 The entrance of Attikon hospital was flooded…

In Peristeri suburb of western Athens, a human chain managed to rescue a driver when the waters swept away his car, Greek media report.

The heaviest damage was in Nikaia where a nearby river was flooded and it swept through the streets of the suburb in Piraeus. More than 30 vehicles were damaged. The majority of the cars swept away from the waters were parked and therefore no driver suffered any injuries.

The problem of floods in Athens and Piraeus is a chronic problem. No mayor or prefect has managed to solve it so far… Apparently they have other priorities with taxpayers money.

The wave of bad weather is said to move more in the north of the country, tomorrow, Saturday. So, take your boat and have a nice water journey.