German Chancellor Angela Merkel took her close friend Antonis Samaras by the hand and they both cheer “Grexit!” in every swirl of their XXL-austerity waltz. According to German weekly Der Spiegel , Angela Merkel was allegedly willing to let Greece leave the eurozone  should the foolish Greek voters elect a government (see: left-wing SYRIZA) that will throw over board the strict austerity program.

“Contrary to its line, the Federal Government is willing  according to SPIEGEL information to let Greece if necessary withdraw from the euro zone. Chancellor Angela Merkel and Finance Minister Wolfgang Schäuble (both CDU) consider a Greek exit form the common currency as acceptable.
Reason for that is the progress made within the eurozone since the peak of the crisis in 2012, according to government sources. Moreover, the risk of contagion for other countries was limited because Portugal and Ireland are considered to be restructured. In addition, the powerful recovery mechanism of ESM is available for the safety of large banks and the bank union.”

Oh really? Germany can let Greece exit the eurozone? Aw! I didn’t know of any eurozone terms and conditions paper giving Germany the leader role and consequently the opportunity to decide whether a member can exit or not.
And furthermore, I am not aware that any EZ-member can leave the euro and still remain member of the EU, neither that a country can throw out another member, not even that the Eurogroup can force a member out of the euro.
There is no legal basis for this. Not a single word is being mentioned in any Euro Zone Treaty about such options and possibilities.
Not one of the sharp and all-clever Eurocrats had thought to add a provision about what will happen if a country wants to leave the Euro. Maybe they didn’t want to – and it’s even better so…
But hey! The German government has plenty of ideas how to solve the unsolved!

Currently, there is still no answer to the question of how a member country leave the euro, but could still remain in the EU.

“If necessary, resourceful lawyers will clarify this,”  a senior currency expert told Der Spiegel that adds “The federal government considers a Greek euro exit as almost inevitable when opposition leader Alexis Tsipras  takes over the government after the elections, gives up the austerity and no longer serves the country’s debt.” (full article Der Spiegel in German)

Of course, in real life without senior currency experts, the Eurozone and EU decision mechanisms need an awful long process to deal with the clarifications of resourceful lawyers…. 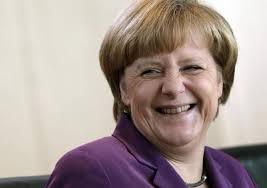 Grexit? Cute, isn’t it?
Nevertheless after the Der Speigel article, a government spokesman said Sunday
Germany is confident that Greece will stand by its commitments to the EU bailout program.
“Greece has fulfilled its obligations in the past. The government assumes that Greece will continue to meet its contractual commitments” to its creditors, spokesman Georg Streiter told AFP.
An interesting approach to Germany’s Grexit desires was published in Forbes.

Germany Mistakenly Believes The Euro Could Survive Greek Exit
As part of the verbal and political sparring leading up to the coming Greek elections, we see that various Germans are now saying that the euro, the eurozone, could survive Greek exit from it just fine.
My own opinion is that this is mistaken: but not for the reasons usually thought of. Sure, if Greece did exit then there may or may not be a spike in interest rates in, say, Portugal and or Ireland. Maybe the ECB would be able to deal with any such outbreaks if they did occur. But that’s not the dagner to the euro at all, that someone else is forced out after Greece leaves.
Rather, the danger is that if Greece leaves and it works for Greece then other people are going to start asking, well, why don’t we do that?
Ireland isn’t going to leave, they’ve definitively turned the corner. Portugal is unlikely to as well (and I speak as someone writing from that country). Along with Spain they’ve taken their punishment, adapted their economies and don’t actually need to leave the euro to avoid much further pain.
(Full Article in Forbes)

What I am personally keen to know is the rate of the euro the moment Greece will exit the eurozone. LOL

PS Between the lines of the German government I also read that  Merkel & Co do not see a risk of Grexit for themselves because they all got rid of the poisonously dangerous Greek bonds between 2010-2012 and they are not afraid to lose money.