A long list of world leaders have flocked to Paris on Sunday to join the crowds paying tribute to the victims of satirical magazine Charlie Hebdo, the French policemen, the shoppers in a kosher supermarket.  Atheists, Jews, Muslims: all dead by the bullets of  fanatic jihadists claiming to have committed despicable acts in the name of religion.

From what I read and hear, the honorable world leaders have flocked to Paris to express solidarity with the French people and send a “message for the freedom of expression”. 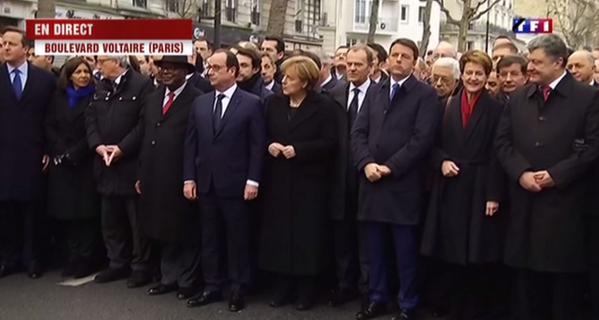 How much do they honor “freedom of expression” in their own countries? How much “Charlie” are they?

Co-president of LSEMidEastSoc and blogger @DanielWickham took under the magnifying glass all the leaders who attend the #JeSuisCharlie rally and #MarcheRepublicaine today and created an outstanding list of 19 of them who harass, target and imprison journalists for what they write. 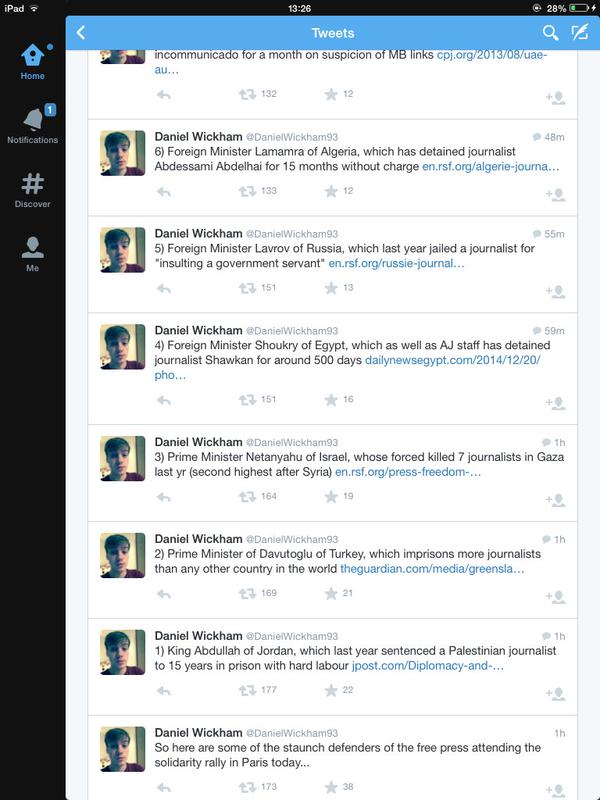 These are only two examples. I know another photographer Emmanuel Kypreos who got deaf after a stun granade exploded next to him. I know also of the sudden death of state broadcaster ERT in June 2013, the case of satirical blogger “Elder Pastitsios” who was sentenced for blasphemy. Not to mention the options for journalists to find a job in mainstream media, when they have a government critical stance and an anti-austerity approach.

Under Samaras’ government since June 2012, Greece has dropped 29 places in Press Freedom Index.

Speaking at a book presentation on Friday in Larissa, Arvanitis made a reference to French newspaper L’ Express that criticized several Europeans party leaders who having exploited the massacre of Charlie Hebdo for own purposes and votes-fishing.

L’ Express referred also to Greek PM Samaras, who has been constantly attacking SYRIZA since last Thursday for wanting to grant citizenship to migrants. From the very first moment of the massacre, Samaras has been claiming that “the brutal perpetrators of Paris were migrants.”. 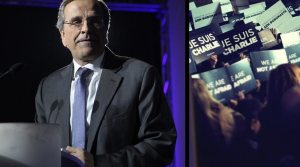 “The want open borders and citizenship. After the resent  incidents Europe changes its stance. Yesterday there was a real massacre in Paris today in Lyon. We are all Charlie Hebdo” Samaras told ND supporters at a pre-election campaign meeting on Friday in Maroussi suburb of Athens. 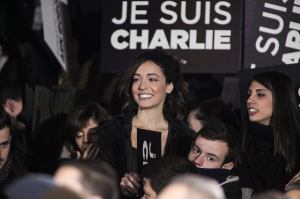 “It’s too tough for me when they call my prime minister a m…….as,” Arvanitis said adding “and the problem is not that they call him as such. But that he is a ……!”

So is Samaras in Paris to defend freedom of press and expression? Does he share the value of tolerance and denounce xenophobia? Probably not. He most likely is in Paris to defend what he has been proclaiming during the last days, that migrants could turn dangerous for the hosting countries. Especially for a country like Greece that has been vehemently refusing to apply descent migration policies…

As some users on internet put it:

The presence of politicians at #MarcheRepublicaine is out of mere hypocrisy. Greek Samaras only yday asked for the dismissal of a journo.

World leaders are in #Paris, not because they agree on definition of terrorism, or freedom, but because absence doesn't look good!

An interesting read is this very critical approach by a Charlie Hebdo staff to “Charlies’ new friends.

BTW I totally disagree with Arvanitis for using such a vulgar expression against the Prime Minister in public. But been fired for this? No.