When was the last time you saw Greeks protesting in support of  the government? Exactly this is happening right now outside the Parliament with crowds of people flocking to Syntagma Square and raise their voice against the decision of the European Central Bank, to stop accepting Greek bonds as collateral for granting liquidity.

After years of iron barricades around the Parliament, the stunned protesters keep a distance to the area in front of the Parliament. Barriers were removed on January 28th 2015, by order of  new alternate Minister of Public Order Yiannis Panousis. 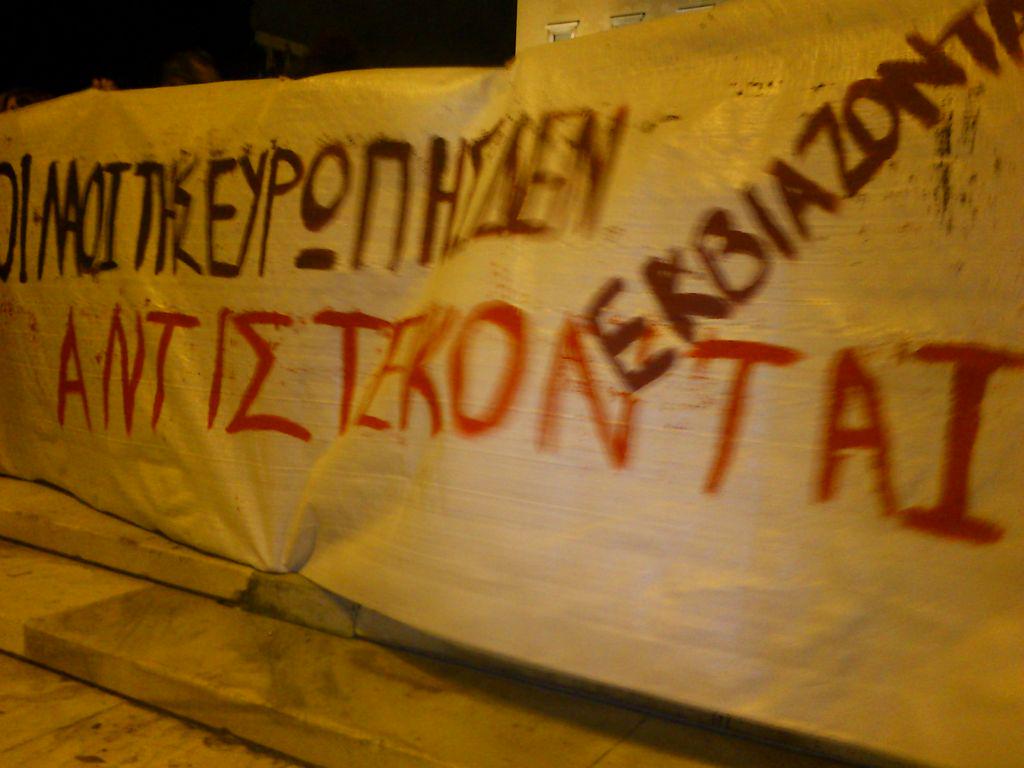 Banner: “The people of Europe are not blackmailed. They rise up” 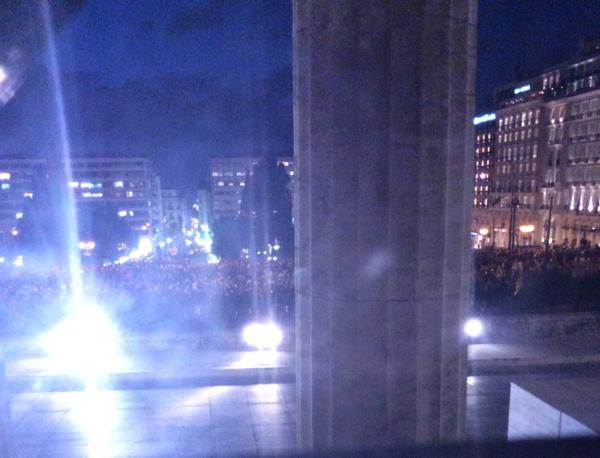 Unprecedented in the years of austerity:

a protest right outside and the Parliament door is open! 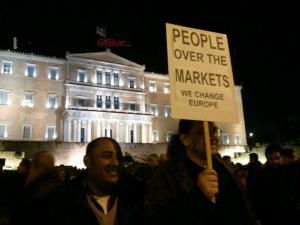 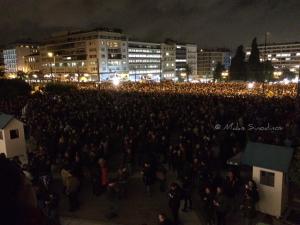 Greeks support the SYRIZa-led government in tough negotiations with the Troika lenders for less austerity. 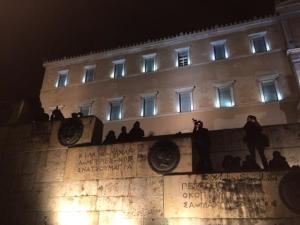 It’s photographers at the stairs, not policemen!

I’m trying to spot some policemen, those tough, scary guys of riot police with batons and shields… but I don’t see any around.

Foreign media speak of a “strangely silent” protest, while some Greek mainstream claim “protesters are all SYRIZA-supporters without party banners and flags.”

An little anti-German mood was inevitable.

The meeting was organized via the social media by a group of activists who got angry about the ECB decision Wednesday night. With central slogan “No blackmail – Dignity Now!” the call spread through Facebook and Twitter.

More than 6,000 Facebook users accepted the invitation and said they would join the protest.

Banner: “We don’t get blackmailed. We don’t surrender. We’re not afraid. We don’t step back. We win” 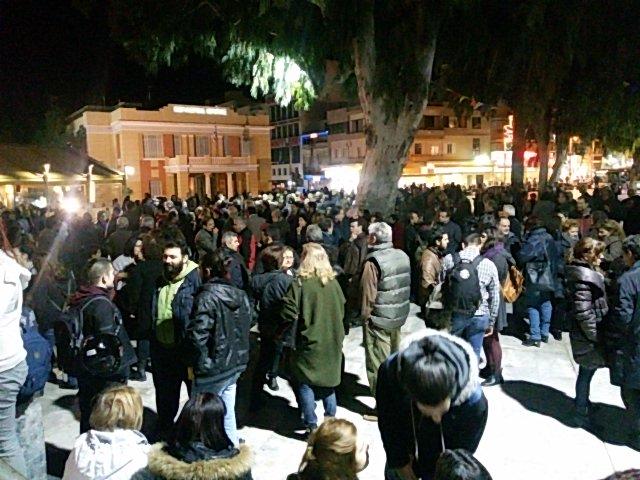 A rally is currently under way also in Thessaloniki.

More pictures and updates by @Grrrl in Athens, @Makis Synodinos, @Irate Greek,PS one thing I can tell you: there are indeed a lot of people out there!