Varoufakis reveals: “Moscovici gave me a draft I could have signed” (video)”

That’s very serious, what Greek Finance Minister Yanis Varoufakis revealed at a  press conference in Brussels on Monday during a break of the Eurogroup meeting.

“Prior to Eurogroup Moscovici gave me a draft that Greece would be happy to sign,” Varoufakis said adding that Eurogroup head Jeroen Dijsselbloem withdrew it and made last minute changes.

“Finally I was given another draft to sign, a draft that was unacceptable. We could not sign the program extension.”

State NERIT TV reported that the draft handed out to Varoufakis by the EU Monetary Affairs Commissioner Pierre Moscovici was drafted by the EU Commission and it was an initiative by President Jean-Claude Juncker.

According to other sources, Moscovici’s draft met some of Greece’s requests like “recognizing the humanitarian crisis, extension for 4 months and intermediate program under EU’s supervision.”

Why did Dijsselbloem take it back? Whose initiative was it to make the changes and present a draft Greece could not possibly agree with as it was even worse than the draft last Wendesday?

Who is playing dirty little games with the euro zone?

Did Dijsselbloem and Germany toppled Moscovici and Juncker tonight?

Among others Varoufakis said also:

“We do not want flexibility but change of the program. To discuss with other conditions. To remain a member of the EU. Those who play games against unity, play dangerous games. We want to deal with a crisis that turned huge gigantic with this program.“

“We ask for a sentence. A sentence that will allow both sides to make a honorable agreement. Deadlines are not for democracies.”

He expressed hope that an agreement will be achieved in the next two days.

Who is playing dirty little games with the euro zone?

There must have been a storm of requests for the Moscovici draft and later in the evening, several correspondents in Brussels tweeted  that “they heard”, there was no draft by Moscovici, but rather a “statement of principles”. That is more or less a draft similar to the one produced by the Eurogroup last Wednesday.

According to Reuters, “A Commission official said EU Economic Affairs Commissioner Pierre Moscovici had “contributed ideas” in discussions with Varoufakis but that only the Eurogroup proposal was the object of negotiations.

Varoufakis said he remained ready to sign a proposal based on Moscovici’s ideas.

“I was prepared to sign it this morning, this afternoon, I would sign it at midnight, tomorrow at 9 in the morning. I would even consider signing some (other) version of it because the point here is not to allow an impasse.”

PS I’m dying to obtain the draft of EU Monetary Affairs Commission Pierre Moscovici… so if you have it email it to keeptalkinggreece@gmail.com. thanks 🙂 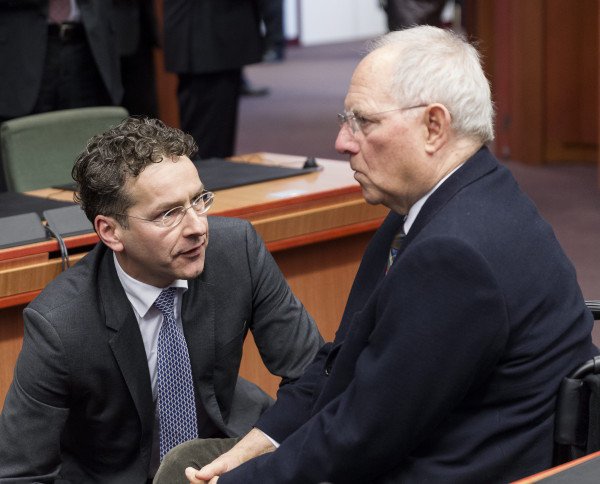