The first anti-government rally in Athens was shadowed by a group of anti-authoritarians rioting nearby. They smashed the windows of a pastry shop, two jewelry shops and an office, set four vehicles and several garbage bins on fire,  damaged several bus stops hurled molotov cocktails at riot police that made limited use of tear gas.

The riots occurred in Exarchia district of Athens, almost parallel to the protest ending and nearby. It is still not very clear whether some of the protesters rioted or whether it was another independent group. 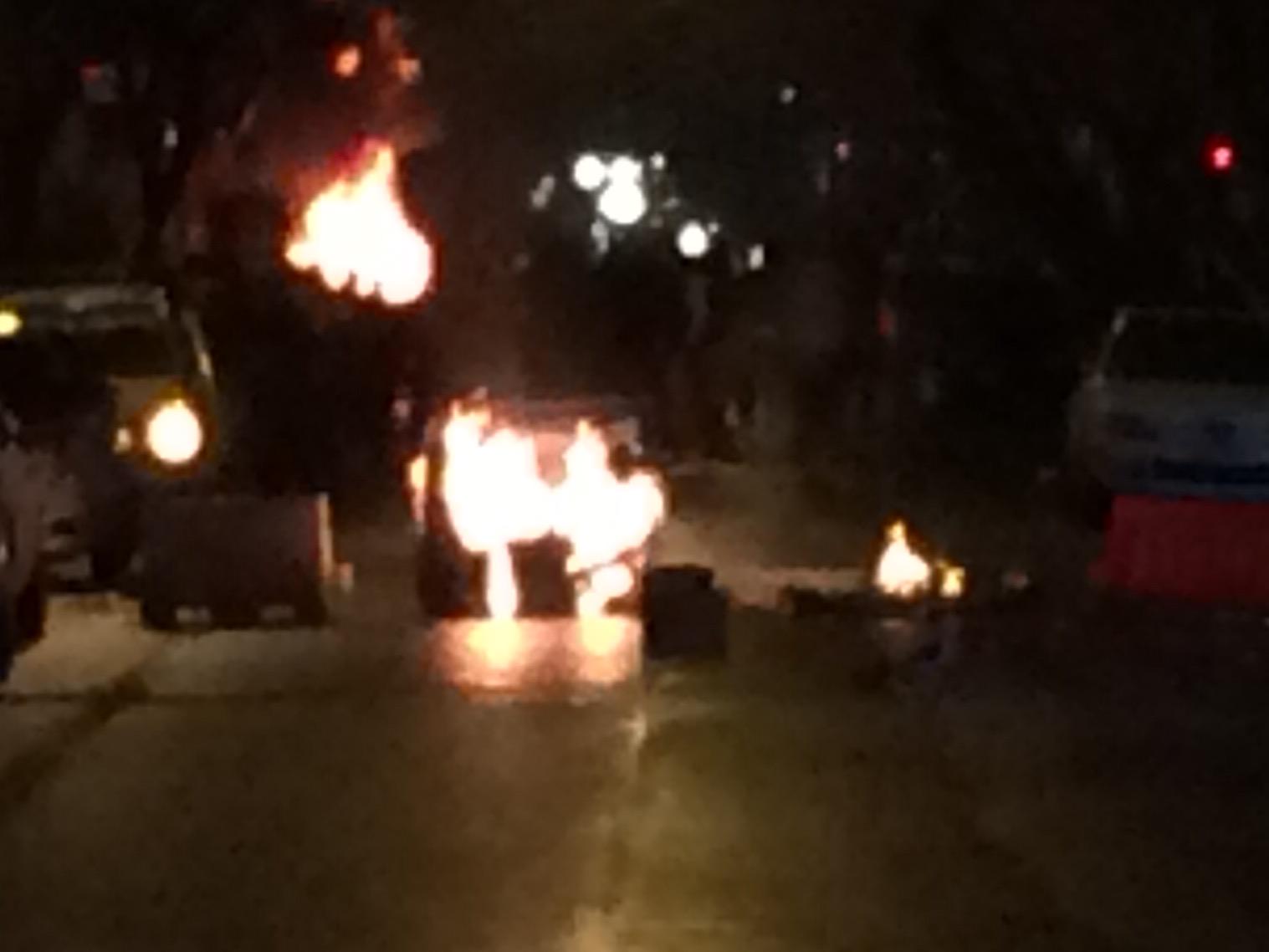 According to latest information, there was no intervention by riot police although squads were standing near by.

The first anti-government protest has been launched in Athens on Thursday afternoon. A month after the left-wing/nationalist SYRIZA-Independent Greeks coalition took office, a week after the Eurogroup agreement in Brussels.

With anti-EU banners and red party flags, members of  Anticapitalist Left Cooperation for the Overthrow (ANTARSYA) took to the streets in downtown Athens to protest the extension of continuation of loan agreements and Varoufakis’ Reform List with “austerity measures.” 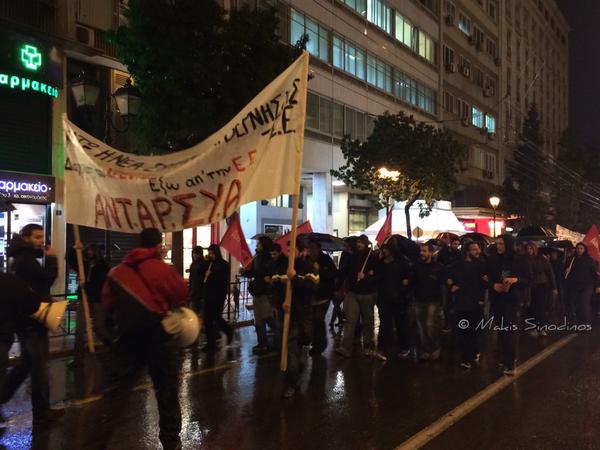 ANTARSYA calls for defaulting on Greece’s debt, and nationalization without compensation of major industries, banning of lay-offs, the disarmament of the police, full political and social rights for immigrants.

Although ANTARSYA is not successful in parliamentary elections it does manage to  win seats in municipalities since 2010. In January elections, ANTARSYA received 39,411 votes (0.64% of the overall vote).

For tomorrow, Friday, the Greek Communist party KKE has called for a anti-government protest against austerity and the loan agreements. According to KKE, Varoufakis’ Reforms list contains “all the measures adopted by the capital,  the governments and the EU against the workers.”

KKE is against the €uro, the European Union, and against everything and everyone in general. It vehemently rejected any offer form SYRIZa for coalition government. It is the party of eternal opposition.

PS I f you ask me, when Nea Dimokratia and PASOK and Potami will launch anti-government protests all I can tell you: not for the time being.