OECD: Greek families with kids are taxed higher than singles

April 15, 2015 Economy Comments Off on OECD: Greek families with kids are taxed higher than singles 190 Views

It doesn’t worth to be married with kids in Greece. Tax-wise. While taxes and social security contributions swallow 43.4% of the salary of a taxpayer without family, families with children are taxed with 3 percentage points more. According to a survey conducted by the Organization for Economic Cooperation and Development countries (OECD), while the average taxation and social security contributions is 26.9% of the wages, in Greece it is 43.4%.

“Greece is the only OECD country where the tax wedge of a family with children is higher (3 percentage points) after cash transfers and tax provisions are taken into account.”

According to data that takes into account also “family benefits”, Greek families are taxed with 3% more than taxpayers without family. In other OECD countries, the taxation of families with children is lower by 9 percentage points.

One-earner married couple with two children
The tax wedge for a worker with children may differ from the tax wedge of a worker on the same income without children, since many OECD countries provide benefits to families with children through cash transfers and preferential tax provisions.
Greece had the highest tax wedge in the OECD for an average married worker with two children at 43.4%. The OECD average was 26.9%.

Greece is the only OECD country where the tax wedge of a family with children is higher (3 percentage points) after cash transfers and tax provisions are taken into account.

In OECD’s survey Greece is followed by Belgium (40.6%) and France (40.5%) while the lowest rates occur in New Zealand (3.8%), Chile ( 7%), Switzerland (9.8%) and Ireland (9.9%). Regarding the level of taxation of taxpayers without family, Greece occupies the 14th place in the OECD list. The share of taxes and social security contributions on the remuneration in this category reaches 40.4% (39.1% in 2000), compared with 36% of the average in the OECD (36.7% in 2000). Particularly important is the fact that the sum of taxes and social security contributions on salaries rose by 3.1 points in 2011 compared to 2010 and decreased by 2.8 points in next time.
Full OECD survey on Greece and other OECD countries here in pdf 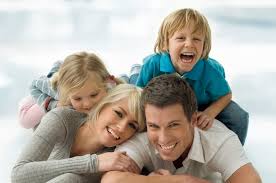 I suppose this happy family is taxed somewhere in New Zealand…