Breaking News
Home / News / Economy / Could Greece skip next week’s payment to IMF & make all June’s payment at the end of the month?

Could Greece skip next week’s payment to IMF & make all June’s payment at the end of the month?

Another scenario is making the rounds to keep the media busy and the Greek clock ticking. This time it is some EU officials claiming that Greece will allegedly be allowed to skip payment to the International Monetary Fund (IMF) on June 5 and have time to negotiate a funding deal without defaulting, if it manages to reimburse all June’s repayments at the end of the month.

“There is the possibility of putting together several payments that Greece would need to make to the IMF in the course of June and then just make one payment,” a senior eurozone official close to the talks with Athens told Reuters.

Cash-strapped Greece is obliged to pay a total of €1.55 billion to the IMF in June with the four tranches being scheduled as follows:

Theoretically and in IMF-rules legally, Christine Lagarde  would approve such a payment delay.

But the Greek government does not seem to particularly fancy the idea, most probably because of the additional cost of the transaction due the extra interest rate. Government spokesman Gavriil Sakellaridis said that “there was no such option” and that “no such proposal has been made to Greece.”

Not to mention the chaos in the markets, the havoc in the euro and the Greek bank run that they would be triggered,  if Greece would miss the June 5th payment.

BTW: I love the utopian repayment schedule: at least €300 million every 3-4 days! Which Greek government approved and who was the finance minister who put his signature to this? 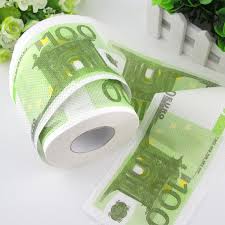