50 Shades of Minimum Wage across EU and the Eurozone (map)

Minimum wage across the eurozone and the European Union and the rest of the old continent as well in Eurasia and the countries around the Mediterranean basin. 50 Shades of wages in an unbalanced world. 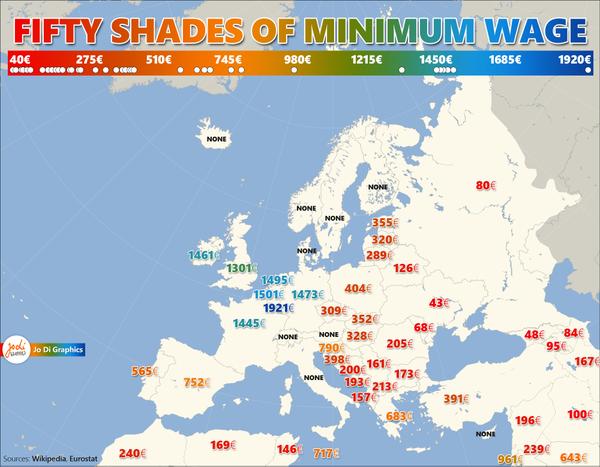 A minimum wage is the lowest daily or monthly remuneration that employers may legally pay to workers. Equivalently, it is the price floor below which workers may not sell their labor.

“Among the indicators that might be used to establish an initial minimum wage rate are ones that minimize the loss of jobs while preserving international competitiveness.

Standards of living? Competitiveness? Why is the minimum wage of €580 gross per month not enough? Or you think Bulgaria has sunk under the load of investments just because of the minimum wage?

Questions that we will never be able to answer…

Everything has been nicely settled in a world ruled by economists sitting in their office bubbles.