The Organization for Economic Cooperation and Development cut its global growth forecast, saying investment is lagging and risks including a possible Greek default are hurting confidence. In its semi-annual report the OECD says  that “the world economy will expand 3.1 percent this year, down from the 3.7 percent predicted last October.”

Reasons for the revised outlook are according to the OECD:

“With big companies reluctant to spend on plants, equipment and technology as they did in past recoveries, lack of demand has also held back employment, wages and consumption.”

As for Greece… figures and numbers look grimy enough: the OECD

According to OECD’s Economic Outlook summary for Greece:

“Economic growth in 2015 remains weak, as uncertainty related to the reform programme and deteriorating liquidity conditions have undermined business confidence and investment. In 2016, growth will gain momentum and unemployment will decline somewhat as exports and investment recover while reform momentum is renewed. Deflation will continue in 2015 due to the very large degree of slack in the economy.
The debt burden will remain very high, and fiscal sustainability requires continued restraint for some time. Fiscal policy should aim at a small primary surplus. Reforms of the tax system and tax collection are essential to raise revenues, while further pension reforms would help contain spending. Structural reforms to lower barriers to competition and investment would boost exports and create more higher-quality jobs. Social policy reforms should aim at a fair sharing of the costs and benefits of adjustment.
The recovery of investment will depend critically on a return of business confidence and on stepping up the pace of structural reform implementation. Better access to credit is also essential. Stabilising the banking system by addressing the high level of non-performing loans is therefore critical.”

Citing the OECD report, Bloomberg Business notes that the euro area needs to resolve the impasse over Greece’s public finances, which continues to weigh on confidence. A default by Greece or its exit from the euro area risks derailing the recovery.

“Failure to reach a satisfactory agreement between Greece and its official creditors would intensify perceptions of re-denomination risk and uncertainty,” the OECD said. The consequences would probably include “financial fragmentation in the euro area, dampening real activity and restarting negative feedback loops between the real economy, the banking sector and public finances in vulnerable countries.”

I suppose the OECD does not mention that strict austerity in terms of income cuts and job losses without growth and development options does not lead to anywhere else except to recession. 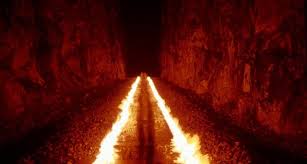 Either… Or.. it’s hell for millions of Greek households