Yup. The day is crucial for Greece. Maybe the “most crucial” for the last five years with the sword of “default to the IMF” swinging over our heads. Today, Monday, important meetings are taking place in Brussels, with Prime Minister Alexis Tsipras to meet the heads of the “Institutions” European Commission, International Monetary Fund and European Central Bank, participate in the Euro Leaders Summit. at the same time, the Eurogroup finance ministers meet to prepare the ground for a deal or not.

In order to prepare a common ground, the Greek government sent additional proposals to the “institutions” in Brussels on Sunday evening.

Twelve hours later, the usual suspects, the common breed of “officials anonymous” pressed the button. The gears of the well-known propaganda machinery started to move with only one aim: to undermine the process, to increase pressure,  spread fear and possibly send people to withdraw their money from the banks.

So, the Greeks sent “wrong documents” and the EC evaluated them as “good basis for progress”?

Ah, I don’t know.. It’s either the usual dirty game against Greece, or the usual undermining of Jucker or both. 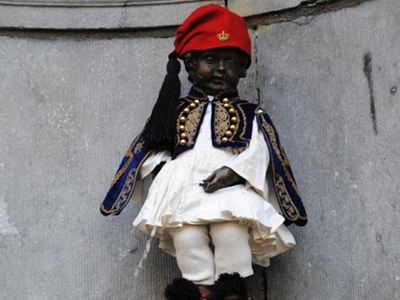 But, of course, spreading doubts on a possible Greek deal has effect: Athens Stock Exchange reacted sensitive and from +8.15 moved to +6.97% within 45 minutes after the “wrong document” claim.