Creditors give Greece a “deadline” to break the impasse

As early as 6 o’clock in the morning the’ technical teams’ sat down and picked up the negotiations thread, the institutions and Greece left down in the early morning hours of Thursday. The midnight meeting between Greek Prime Minister Alexis Tsipras and the creditors ended at 12:30 without positive result.

Tsipras is meeting with the creditors, the three Institutions plus EG’s Dijssselbloem and EFSF’s Regling again at 9 am Brussels time, the Eurogroup finance ministers are stand by for a meeting scheduled for 1 pm.

“Unfortunately we have not reached an agreement yet, but we are determined to continue work,” Eurogroup chairman Jeroen Dijsselbloem said on Wednesday after a Euro FinMins meeting was cut short due to absence of agenda. The eurogroup ministers are apparently stand by to convene anytime in order to endorse the Greek deal ahead of the EU leaders Summit later today.

The creditors have reportedly given a deadline to Greece to submit a new additional measures proposal as of 12 o’ clock noon. Or a draft deal proposal. Or raise the white flag and capitulate to creditors.

According to Greek media, the two fronts have agreed in many measures with the gap between them to be reportedly around 600 million euro. With the Greeks allegedly to have withdrawn the pensions contribution raise, the gap is near €900 million.

But creditors, especially the IMF insist that the pensions issue (cuts, scapping early retirement)  is the biggest thorn. The Greek government insists that it cannot accept creditors’ demand for pension cuts, which have already suffer losses of  40% since 2010.

Skai TV correspondent in Brussels at 11:38 am:

“There is no deadline for Greece. The Financial Times just wrote what it was told to write.”

So, the creditors and esteemed European partners want to let Greece default for one billion euro? The negotiations impasse of the last hours have inspired international media to cheer “capital controls”, “default” and “Grexit”. But some more insightful analysts see also in creditors’ intransigence an attempt for a “regime change” in Greece. Reason for this was the unprecedented presence of opposition parties leaders from New Democracy, PASOK and To Potami in Brussels last night. Samaras, Theodorakis and Gennimatas flocked to Brussels reportedly to attend the summits of their European parties with which they are affiliated. They grabbed the opportunity to shake hands and tails with EU officials in hope of support should a government constellation change be due in Greece.

Fact is that Greece has to meet the deadline of 30. June and pay €1.6bln to the IMF. Or else risk to be declared at default by Christine Lagarde.

“That could lead to Greece exiting the eurozone, with possible repercussions for the rest of Europe and the world economy,” notes the BBC adding that “only once agreement is reached will creditors unlock the final €7.2bn tranche of bailout funds for cash-strapped Greece.”

The situation is critical. The scheduled is supposed to be as follows:

Tight schedule – the week ahead

According to latest exclusive information, the picture below shows the

Eurogroup finance minister meeting on the Greek debt in the year 2283. 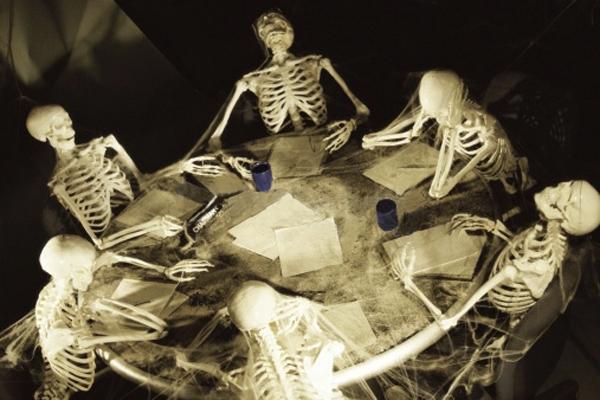