Syrian Refugees flee the war together with their pets

It was a long journey, both for the humans and their beloved pet. A young man and most probably his mother landed at the beach of Eftalou in Molyvos on the island of Lesvos holding a precious luggage: Zeytun. A kitten. 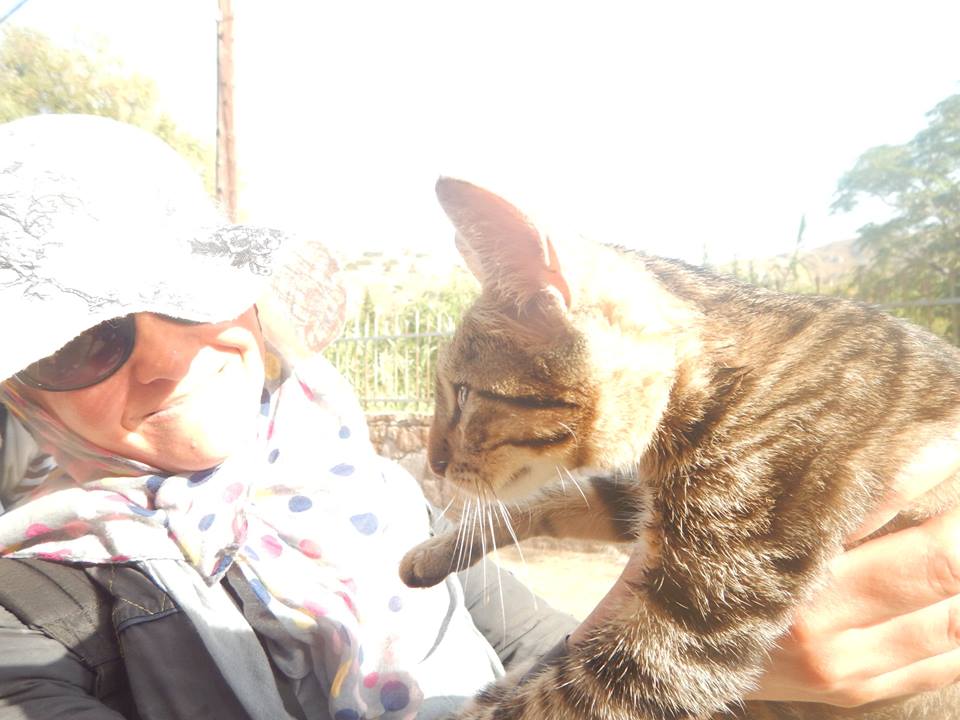 Zeytun’s “parents” are not the only refugees fleeing the war and violence in Syria together with their beloved pets.

Last week, another couple was seen in Skopje FYROM holding its dog in a baby carrier. 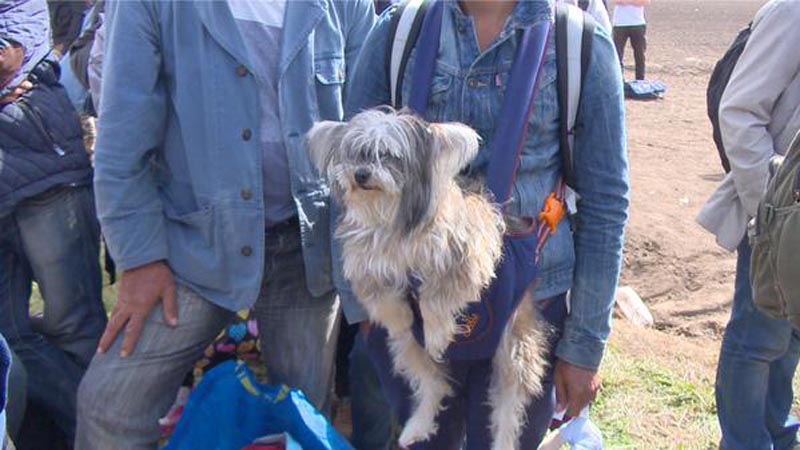 A journey from Syria to Greece and from there to FYROM: Always with dog Johnny. “We wouldn’t leave him behind.” 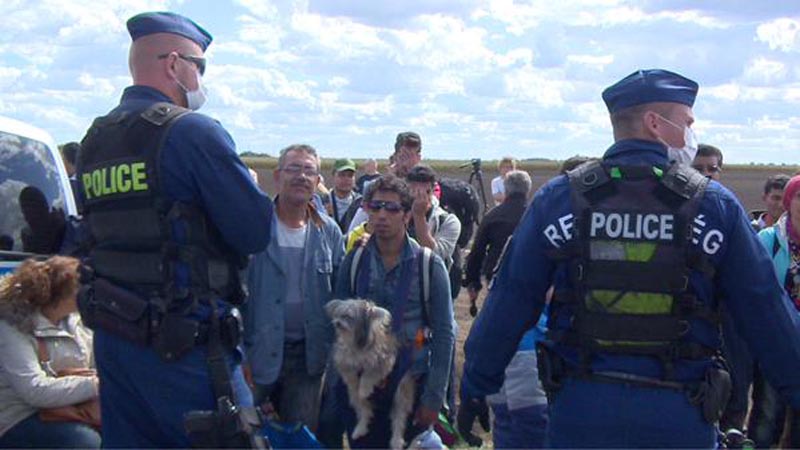 “Meet Johnny! He is an adopted dog from Syria that travels with his “parents” away from the war in Syria. They say there was no way for them to leave him behind.
When he gets tired from the strenuous walking, his humans carry him in shifts in a baby carrier. During their one-month journey, Johnny has been a real attraction in every country they have passed.” Original story published on Facebook UNHCR-Skopje website.

The T-shirt could read “I Live Rhodes and Pets”

Seen on August 9th on the Greek island of Chios: Ahmad and dog Teddy 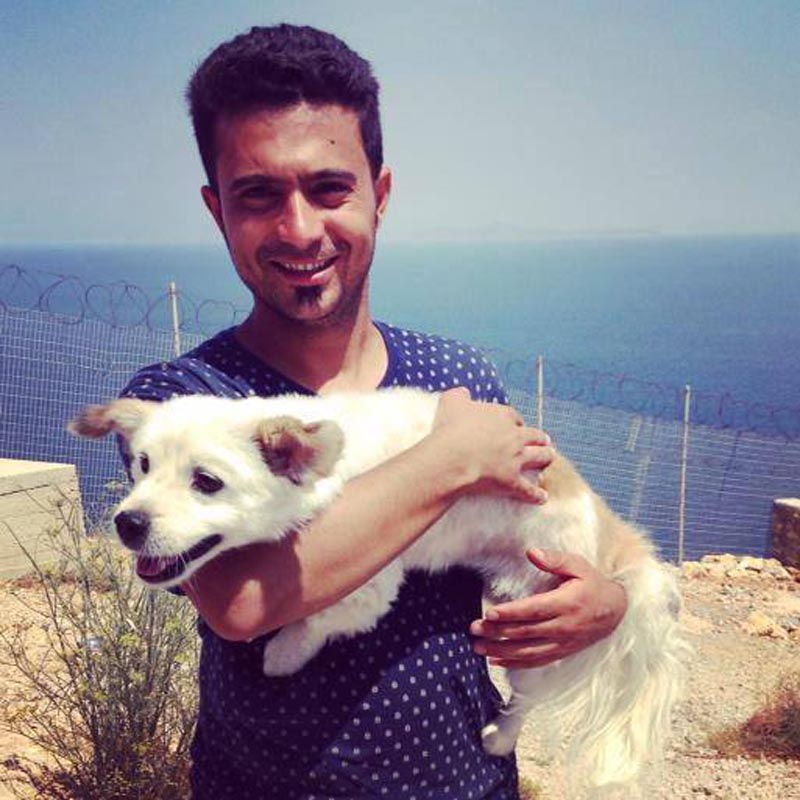 “I could never leave him behind, he is my baby,” Ahmad told a foreign reporter.

No surprise that many people want to help the refugees and their pets to get through the EU directives for “import of animals”.

I can hardly imagine any true animal lover would leave behind his/her beloved pet.