US intelligence sources told a US broadcaster that the Syrian passport found in Paris attack site was probably fake. “The passport passport number did not correspond to legitimate Syrian passports and the picture did not match the name,” the sources stressed. While it is still not clear whether the passport was found “on the body of one of the attackers” – as some media reported – or “near him” outside the Stade de France in Paris, Greek authorities confirmed on Saturday that the owner of the passport had passed through Greece in early October.

“A Syrian passport found near the body of another attacker was linked to a man who entered the European Union through a Greek island last month.

The same sources said that “law enforcement officials were taking DNA and fingerprints from the dead terrorists. The test results were being run through databases as part of effort to identify the terrorists and their networks.” (full article CNBC)

The French have not asked for the FBI to join investigation but the US intelligence service apparently offered its assistance to France as it did in the past after major events that occurred overseas.

On Saturday, Greek Public Order Ministry issued a statement confirming that the owner of the passport was registered – as refugee – on the island of Leros on October 3rd 2015. Greek police does not rule out that the Syrian passport changed hands before the attacks.

State ERT TV reported on Sunday that the Syrian passport had a Greek but also a Croatian stamp. According to a Greek news portal, the Greek police had sent to French authorities also the fingerprints of the man registered in Leros, so that the French can identify a possible match or not with the attacker.

To make this complicated issue a bit clearer, please, note the options and the questions:

According to some Greek media, another suspect has been identified to have passed through Greece in summer. “The 30-year-old man was registered in Leros on August 7th 2015 and is one of the attackers in Bataclan Musik Hall.”

The issue seems complicated and rather confusing but I assume that neither Greek, nor French authorities nor anyone else involved in the investigation do not give all clues and evidence to the press. 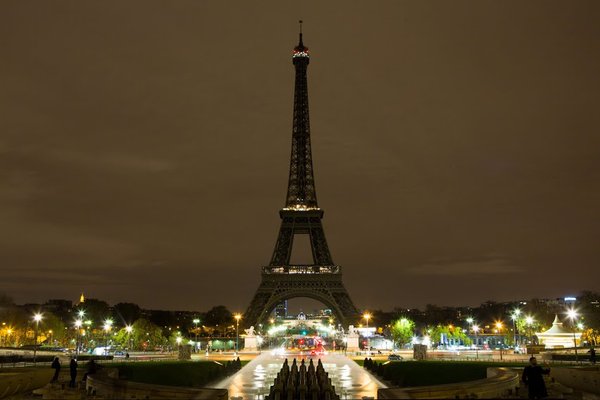 Lights of the Eiffel Tower were turned off on Saturday night in order to honor the victims of the attacks. According to French official information, 129 people were killed and 350 were injured. 89 people were in critical situation.