“Greece supports the creation of an independent Palestinian State with the borders of 1967 and with East Jerusalem as its capital.” This is is what Prime Minister Alexis Tsipras told Palestinian Authority President Mahmoud Abbas in Ramallah. 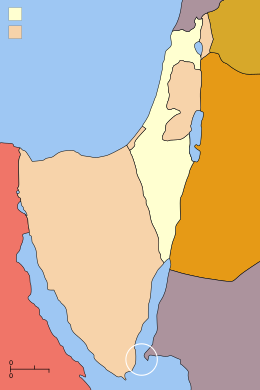 Before and after the Six days War in 1967

I don’t know what the Israelis say on this matter but a day earlier Tsipras had a meeting with his counterpart Benjamin Netanyahu. The Greek PM arrived at Tel Aviv airport on Wednesday, paying a two-day official visit “aiming to bolster ties between Athens and Jerusalem,” as Israeli media stress describing Tsipras as “the Greek leader of the far-left SYRIZA party.” 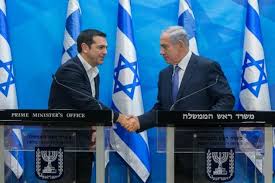 Tsipras and Netanyahu reportedly put the emphasis of their talks in thye energy sector and how to bring Israeli gas to Europe. For this purpose they will take Cyprus with them as it seems impossible that natural gas would follow the stream from Israel to Greece and from there to Europe, without a stopover in Cyprus.

“Tsipras and Netanyahu also discussed the situation in the Middle East, where the Greek premier said that Athens wants to play a constructive role on the Palestinian issue, “in order to open up a window of hope over a serious problem that remains unsolved.”

The Israeli premier referred to the difficulties of rebuilding an economy but expressed confidence in Tsipras and said he would encourage Israeli businesses to invest in Greece. He noted that Greece and Israel have a long and lasting relationship of strategic partnership and that both countries face major challenges, such as violent religious fundamentalism, something that was in their joint interest to address.

Commenting on the situation in the region, Tsipras said it was necessary to preserve stability and prevent the spread of jihadism, while also encouraging dialogue to end the conflict in Syria.

The Greek premier said he had “listened with interest” to the Israeli prime minister΄s positions on the Palestinian issue, while also relaying “as a friend and partner” Greece΄s concern over the climate of tension. He expressed his opposition to violence and terrorism, but also to violence that causes civilian casualties.” (via capital.gr)

Before the Tsipras-Abbas meeting, Netanyahu asserted a ‘natural affinity between Israelis and Greeks’. I have no idea what he said after the Greek support proposal.

Following an invitation by Tsipras, Abbas is expected to pay an official visit to Athens on December 21st. Citing government sources, Athens News Agency reports that at that time” the Greek Parliament is expected to recognize the Palestinian State.”

Mahmoud Abbas thanks Greece for Palestinian vote at UN