For one more day tension rose on Greece’s northern borders with FYROM. “Economic migrants” and refugees battled with each other as the first are trapped inside Greece and only the latter are allowed to leave. Petrol bombs and stones flew through the air, fists, kicks and wrestling on the ground as migrants hindered refugees from entering FYROM. some migrants tried to pass together with the refugees and were apparently hindered with stun grenades fired by the Fyrom police, while the Greek police tried to diffuse tension on its own soil.

A growing number of ‘economic migrants’ who are not allowed to enter the Former Republic of Mazeonia have camped near the village of Idomeni in a provisional settlement and under appalling conditions. Greek media report that as of Friday, they were some 7,000 people: men, women and children.

Note by Video uploader: “Apocalyptic scenes and chaos in Idomeni Greece as FYROM authorities have dramatically reduce the flow of refugees and close borders for hours. People have injured, trampled and faint, among them many babies. The situation gets even worse because of freezing low temperatures during the night.”

Following EU’s instructions, FYROM authorities allow only refugees from Syria, Afghanistan and Irak to enter its territory and then move northwards to other European countries. People form other countries are considered as “economic migrants” and Greece is entitled to keep them on its soil.

Migrants who are not allowed to leave Greece reportedly block the FYROM borders when they are opened and this creates tension among the two categories of people seeking a future in Europe. 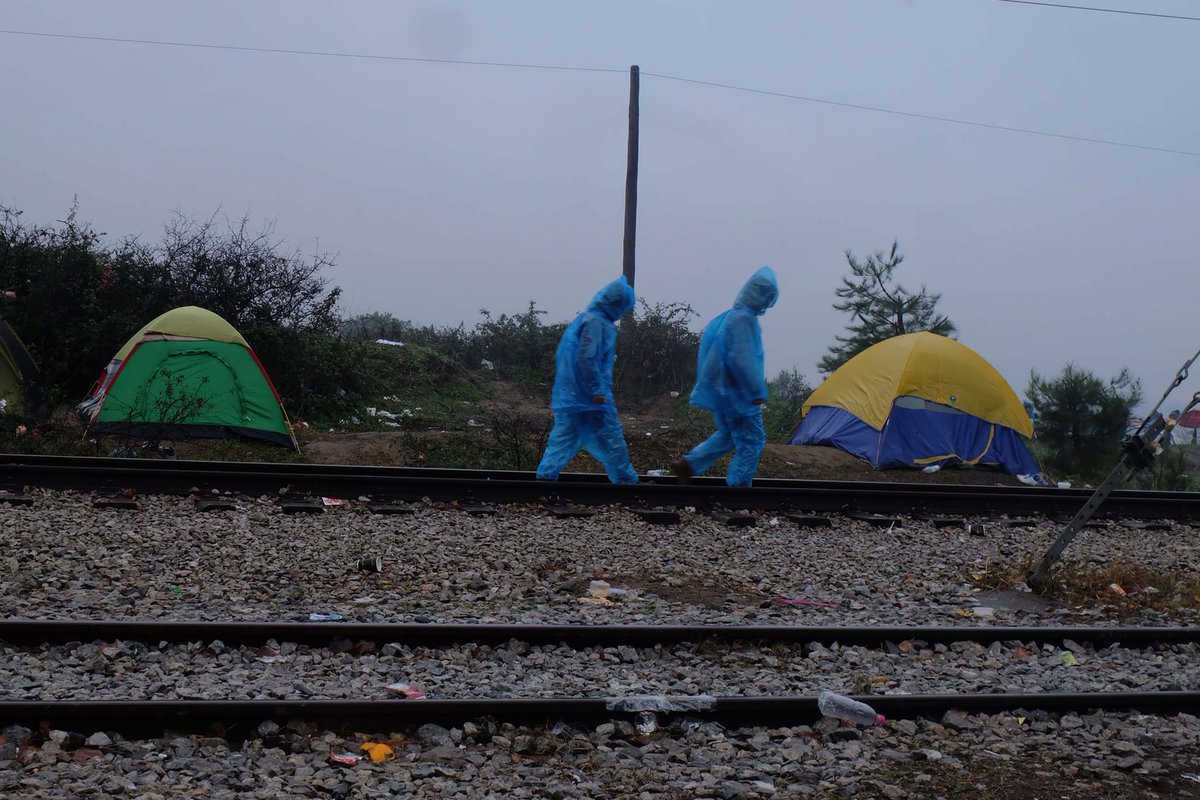 Many of the migrants have been allegedly ‘sitting’ in the provisional Idomeni camp for the last 18 days. On Thursday, a Moroccan migrant, 22, was electrocuted when he grabbed the wires of a stopped train. His death triggered tensions in the crowd.

On Thursday, Greek Migration Minister Yannis Mouzalas, announced that there would be an “operational plan in the next 4-5 days” for those migrants who cannot travel to Europe but refrained from disclosing details.  There are rumors that 3 camps for migrants are under construction in the broader area of the Greek capital. Greek media reported that there will be trains to transport the migrants to Athens and Thessaloniki.

But the problem is: A) these people do not want to stay in Greece and B) where will these people be located in the two major cities, who will come up for their expenses, how long will they stay in the debt-ridden country. 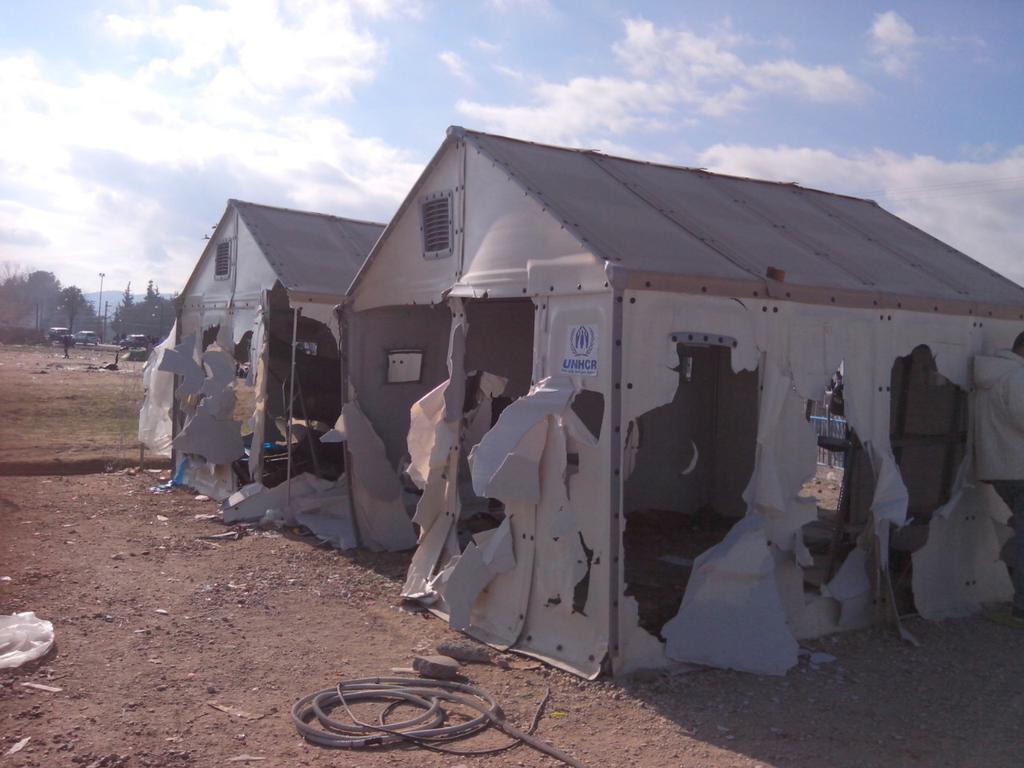 There were reports that NGOs had left Idomeni after angry migrants had looted their supplies, but on Friday the NGOs have returned. 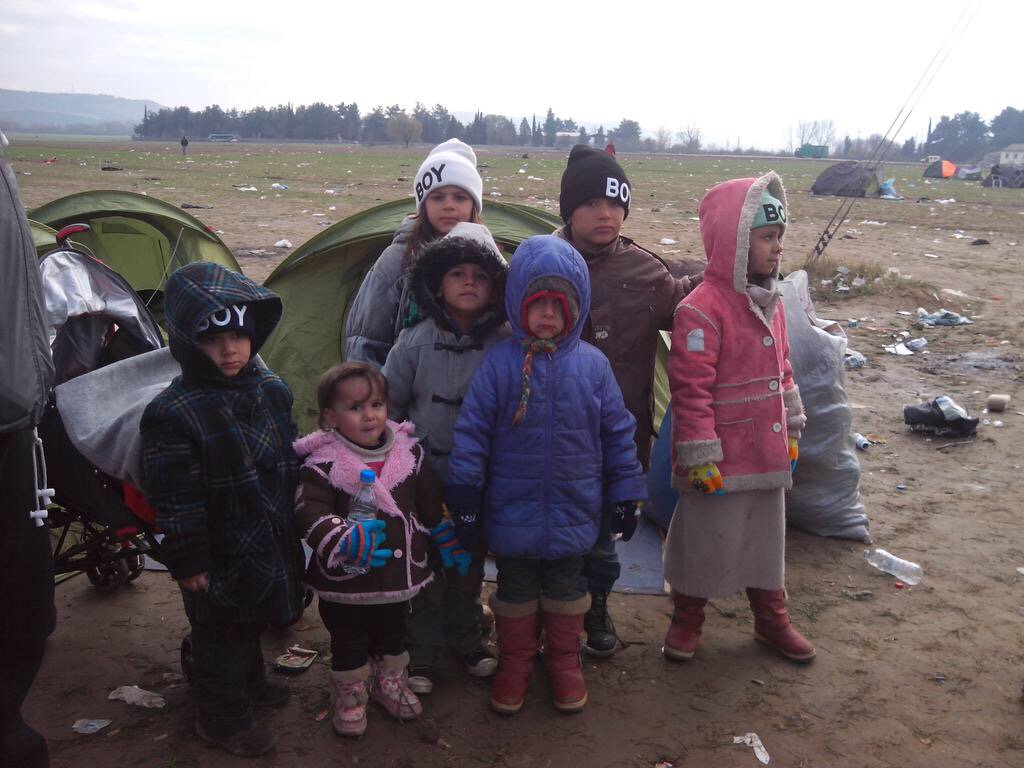 Today, Friday, EU interior and foreign ministers are meeting to take important decisions on how to deal with the Refugee Crisis. So far, the European Union proved that it is well-skilled and capable in creating a perfect mess.

With one country after the other closing their borders to migrants and imposing segregation policies, Slovenia, Croatia, Serbia and FYROM confirmed their loyalty to Brussels and cut the Balkan-route for thousands of people who could have also be coming from other war zones or been persecuted for political, religious or other reasons in the ‘democratic’ world of Middle East and Africa.

So far, the Only Solution that the EU was capable to find is that these people can stay in …Greece!

Meanwhile, even their countries of origin do not want these citizens back and Pakistan sent 30 migrants back to three European countries on Thursday after refusing to allow them to disembark from a chartered plane at an airport in Islamabad. A spokesman for the Pakistani Interior Ministry, described the migrants as “unverified deportees,” most of whom were sent back from Greece, saying “the authorities would not permit anyone to enter the country without proper documentation.” !!!