Pensions Reform brings tractors to the streets: eggs and teargas as farmers threaten to “cut Greece into two” (picts, videos)

January 20, 2016 Society Comments Off on Pensions Reform brings tractors to the streets: eggs and teargas as farmers threaten to “cut Greece into two” (picts, videos) 113 Views

Farmers, cattle breeders, fishermen, milk producers, winegrowers, the whole productive sector of Greece, they are all down to the streets to express their opposition to the planned pension reform. From the north-east end of Greece down to the south in Crete, and from Thessaly and Peloponnese to Epirus and Corfu,  thousands of professionals in the food chain took their tractors and fishing boats and moved to join the mass protests, defying snow and rain. 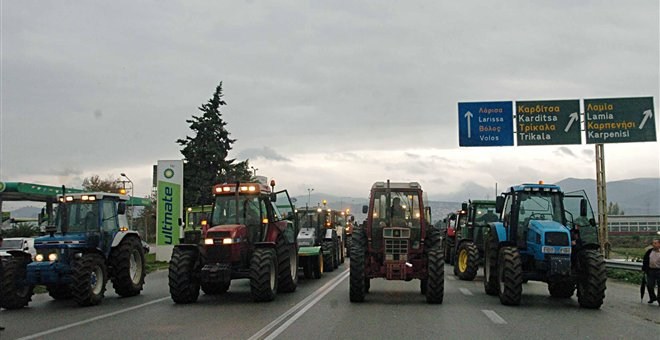 Tempi: With hundreds of tractors, farmers moved to key points of the Greek national road and Egnatia highway and threaten to “cut Greece into two” with blockades if their demands will not be accepted. 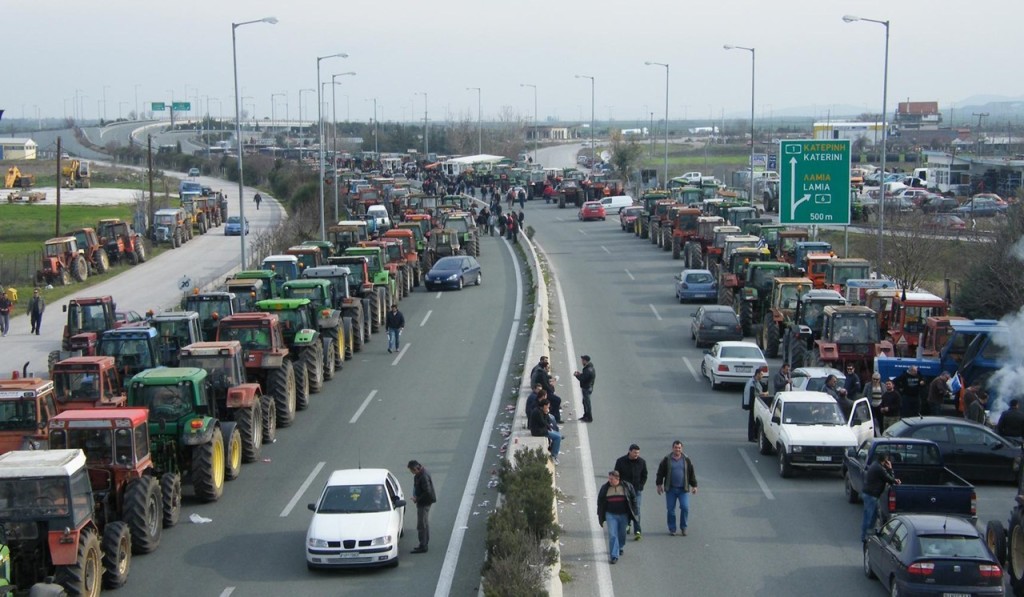 More than 62 local farmers’ associations have joined the protests.

According to protesters, the planned Pension Reform and the increases in social security contributions threaten to “damn them to poverty” as the hikes and the overtaxation will let them with “very little money available to live with.”

Social contributions hikes, overtaxation and trade fees could swallow up to 80% of the income of Greece’s professionals.

Thessaloniki: Fishermen and farmers protest in the city center.

Farmers in North Greece threaten to blockade the customs point of Promahonas to neighboring Bulgaria as of “next Saturday” (Jan 23/2016) if the government would not step back form the planned pension reforms. Other threaten to “occupy and close down” the toll spot of Malgara on Egnatia highway near Thessaloniki. 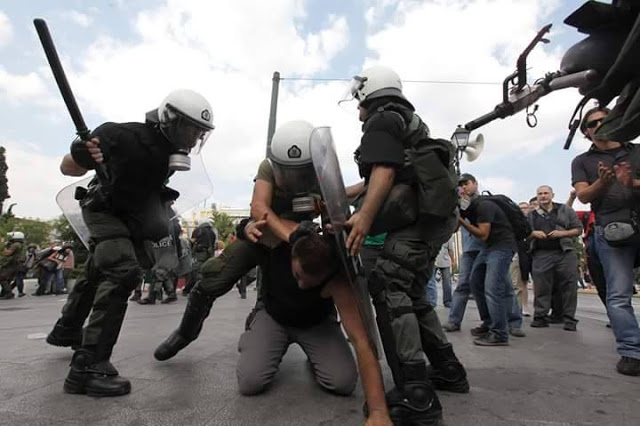 Komotini: Farmers clashed with riot police when they attempted to enter the regional administration building and meet with the alternate minister for Agricultural Development & Food. Riot police fired teargas, the farmers’ reply was to throw eggs and coffee cups. One young farmer was injured and taken to the hospital. The clashes lasted half an hour, a delegation was allowed to meet with the minister. 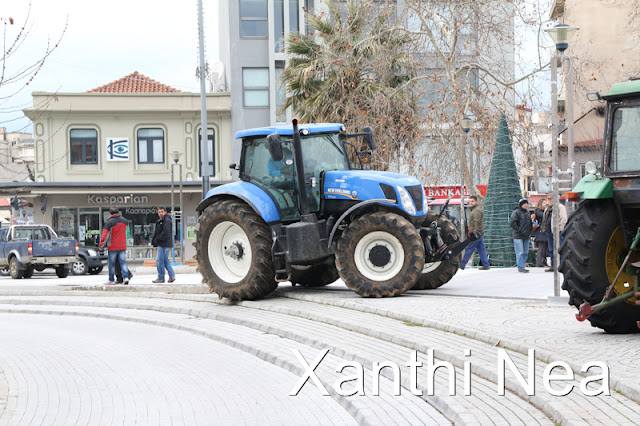 But also in Athens, vegetable producers protested the upcoming reform and set up their stands outside the Labor Ministry distributing free of charge vegetables and fruits to passersby.

A reporter of private Skai TV is interviewing in live streaming a farmer on the island of Naxos, where farmers and milkproducers have gathered to demonstrate against the pension reform.

While the farmer is speaking the journalist is giving signal to standby-‘warriors’ to pour milk and give a dramatic tone to the report.

Please, make a contribution to KTG’s Crowdfunding Campaign and secure the operation of KeepTalkingGreece.com also for 2016.