Breaking News
Home / News / Economy / Schaeuble: “Should Greece exit the crisis, Greeks would have to erect a statue for me”

Schaeuble: “Should Greece exit the crisis, Greeks would have to erect a statue for me”

I must definitely have this historic statement in my blog even though I reported about Wolfgang Schaeuble’s Grexit-speech in Hamburg a bit earlier today.

“Should Greece come out of the crisis, the Greeks would have to erect a statue for me.”

It was certainly a joke and I am sure Schaeuble’s party chaps at the Economic Council of CDU found it very funny.

Apparently the German FinMin hopes deep inside him that Greeks will recognize his efforts to implement radical reforms and strict austerity for the consolidation of the finances of the debt-ridden country.

Schaeuble did not elaborate whether he wishes a statue like this 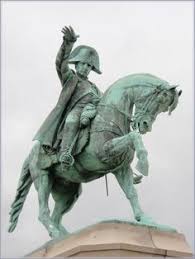 or something more in this direction

Most probably he will leave it up to austerity-survived Greeks to decide.

PS I might take a day off tomorrow and try to find the best sculptor for Schaeuble.