An Agusta-Bell 212 helicopter of the Greek Navy crashed in the Aegean Sea in the early morning hours of Thursday. Two pilots and one engineer have been declared missing as crews participating in a broad Search and Rescue operation have not located them yet. The helicopter was on a night mission in the context of “Astrapi” drill of the Greek Navy.

The helicopter went missing at 2.45 a.m. in the area of the island of Kinaros, west of the island of Leros in the Eastern Aegean Sea, authorities announced saying that at that time “the radar signal went lost”.

A thermo-camera located debris two hours after the crash, debris from the AB212ASW/EW type chopper was discovered at about 7.30 a.m. in a crag area of Kinaros island.

According to military affairs website OnAlert.gr, “initial indications suggest that the pilots had apparently no time to activate the tracking system and therefore the location of debris lasted several hours.”

First scenarios about the reason for the crash claim that it was either a mechanical damage or “some sudden air current that swept the helicopter on the island’s highest mountain top which is 295 m high.” It looks as if “human error” is being excluded. According to some reports the helicopter was on low flight.

Short after 11 a.m. authorities announced that the corpses of two men from the crew have been discovered. their names have not been announced yet.

A large-scale SAR operation with a C-130 military helicopter and a Super Puma, with divers and  climbers among others is still under way. 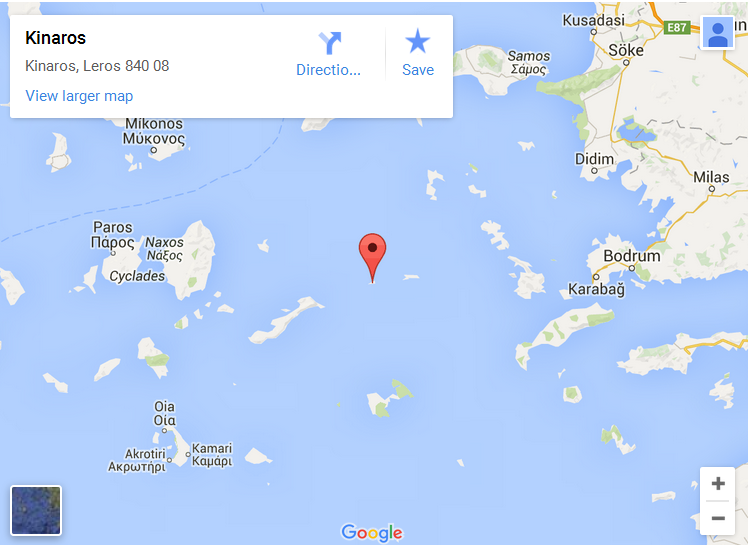 The islet of Kinaros is between the islands groups of Deodecanesse and the Cyclades.

For one more time the SAR operation in the Aegean called Turkey on the plan, the neighboring country that has claims on Greek islands and islets.

Minutes after the crash, as obliged Greece issued a NOTAM informing the NATO about the Search & Rescue operation in the Aegean Sea. immediately also Turkey issued a NOTAM claiming that “all SAR efforts must be coordinated with the Turkish authorities.” 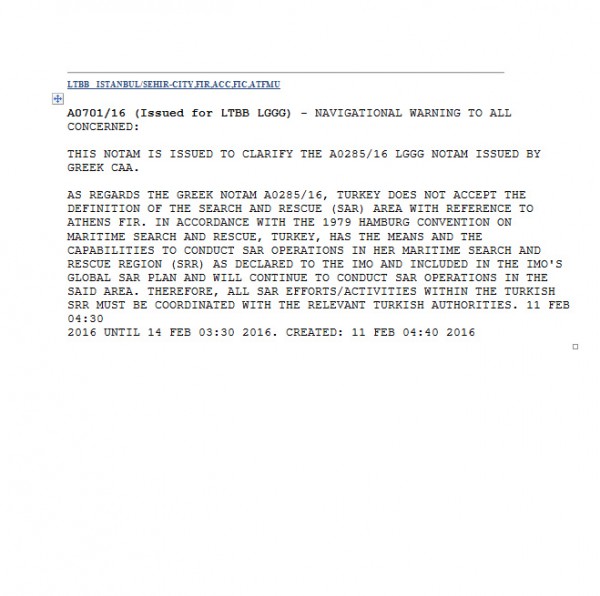 The Turkish claims on the Aegean are a major issue between Greece and Turkey. For this reason, Athens set conditions in order to accept the German-Turkish plan for a NATO operation in the Aegean aiming to take refugees flow under control.