Migrants living in Idomeni camp took the law into their own hands after suspecting a fellow refugee of raping a seven-year-old girl. Pictures shot by a photographer show a group of migrants dragging the man, dressed in a beige sweater and camouflage trousers, to a police station.

The photographer told MailOnline how the horde of men kicked the suspected rapist, and one man tried to hit him over the head with his belt.

The photographer who took the harrowing images could not confirm if the girl being escorted just a few behind him was the victim but said if the police station was further, ‘he may have been in serious trouble’. 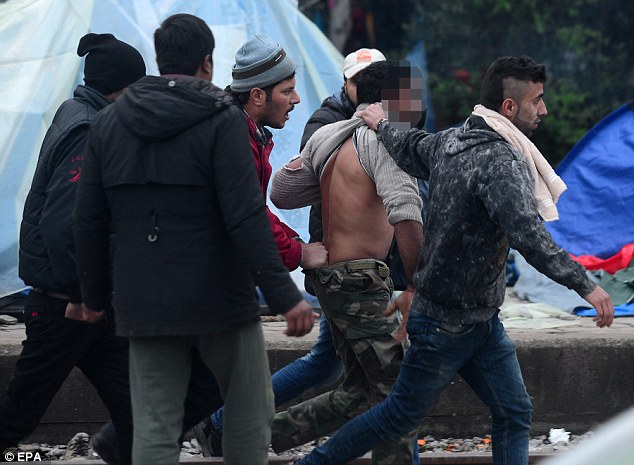 Reporting about the case, Greek media refer to MailOnline article.

Citing eye-witnesses, Greek media (among them state ERT TV) report from Idomeni that the 6-year-old girl was visiting a public toilette and that the 27-year-old Afghan man tried to abuse her. The girl started to scream, her father who was nearby rushed inside the sanitary facilities together with some others who were standing by.

So far, there has been no official complaint to police authorities, however.