Breaking News
Home / News / Politics / The most ridiculous “man overboard”: Norway’s Migration Minister pretends to be a refugee in the Aegean Sea (video)

The most ridiculous “man overboard”: Norway’s Migration Minister pretends to be a refugee in the Aegean Sea (video)

April 24, 2016 Politics Comments Off on The most ridiculous “man overboard”: Norway’s Migration Minister pretends to be a refugee in the Aegean Sea (video) 113 Views

Huh? A high-tech Migration Minister wanted to feel like a refugee on a capsized boat for a moment. And jumped in to the sea from a boat off the Greek island of Lesvos. Only problem for Norwegian Migration Minister Sylvi Listhaug is that refugees not only do not wear such high-tech survival uniforms but barely their clothes and maybe a fake life vest, in addition they cannot swim at all.

Ridiculous! She confused a Flight to the Moon with Crossing the Aegean Sea

Migration and Integration Minister Sylvi Listhaug, a Progress Party member known for her hard-line stance on immigration, traveled to the Greek island of Lesvos to familiarize herself with the rescue work carried out by Norwegian vessel Peter Henry von Koss.

Rather than getting the standard handshake photographs taken, the minister decided to put on a full survival suit and jump in the Mediterranean Sea for a couple of minutes before being “rescued” by the ship’s crew.

“You can’t put yourself into the same situation as the refugees but you can see it from that perspective [and experience] how it is to be in the water that way,” she told NTB.

The floating refugees’ perspective? Something like be in the water and watch up to see if a rescue ship or boat is coming? 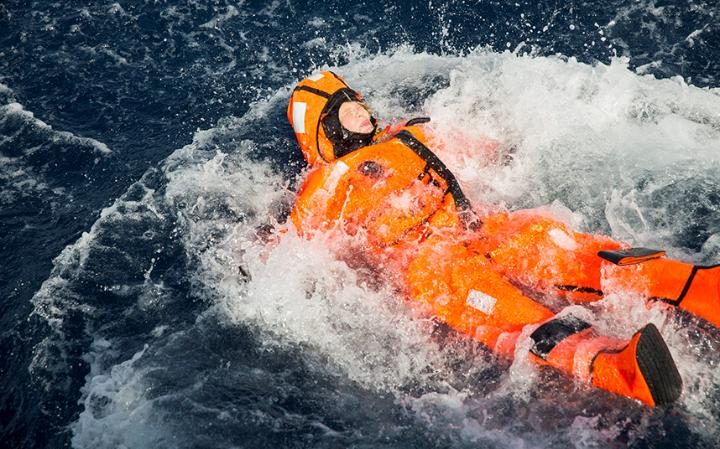 Listhaug’s reality show triggered an outrage in social media and critics said in one voice that she ridiculed herself.