May 3, 2016 Sports Comments Off on Coach Claudio Ranieri “I am the same man who was fired by Greece” 208 Views

A year-and-a-half ago coach Claudio Ranieri and Greece were losing to the Faroe Islands. Ranieri was fired. But yesterday, the Italian took Leicester City to the Premier League title in his first season at the club. Despite the enthusiasm, Claudio Ranieri did not miss the chance to express his bitterness for having been fired by Greece.

“I am 64 years old, I’ve been fighting for a long time, but I was always positive and had positivity on my side,” Ranieri told Rai 3’s Processo del Lunedi show.

Having taken the Leicester job on the back of a calamitous four-game stint with Greece that ended in defeat to the Faroe Islands, Ranieri insists little has changed in his leadership between that horrendous run and his astonishing efforts at the King Power Stadium.

“I always thought that I’d end up winning a league title somewhere eventually. I am the same man who was fired by Greece, perhaps someone there had forgotten about my career.

“It’s not as if anyone will forget, but I like to point out I am the same man who was on the Greece bench. I haven’t changed.” 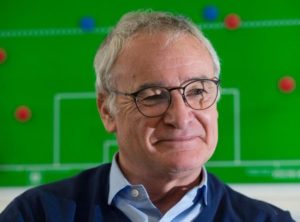 The Italian coach has managed European giants such as Juventus, Inter and Atletico Madrid, but it is with the rag-tag Foxes that he has finally conquered the elite, guiding the club to their first top-flight title.

PS now we should be awaiting for other coaches (ex prime ministers and finance ministers) to raise hand and complain for having been fired.