An Amber Alert has been issued today, Tuesday, for two underage sisters, 11 and 14 years old, who have been missing since Saturday noon, June 25th 2016, from their home in Attiki Square in central Athens. 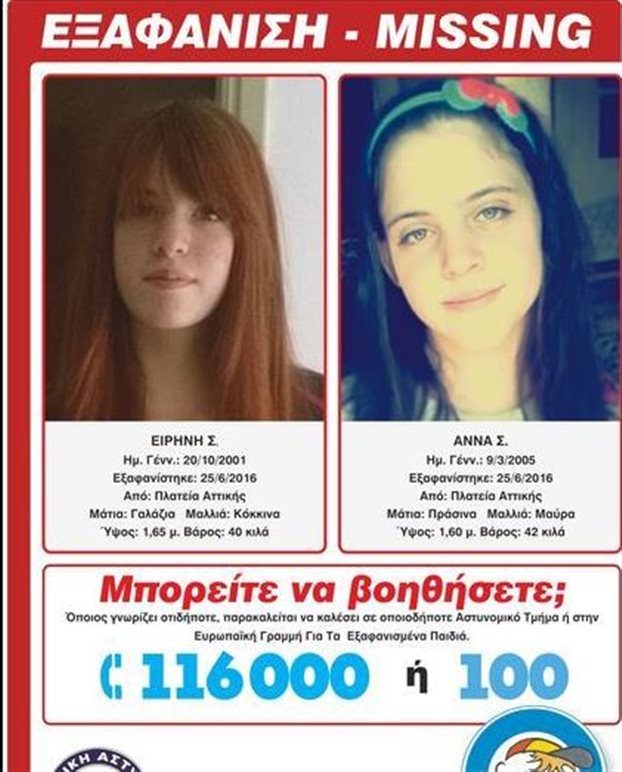 Anyone who has any information about the two missing sisters, can contact by telephone the Smile of the Child 24 hours, the European Hotline for Missing Children phone number <116000> and all Police Stations in Greece, phone number <100>.

UPDATE: According to Greek media, the youngest sister, 11-year-old Anna returned home early afternoon on Monday. She had apparently talked with friends on Facebook and police could find her traces. The older sister, 14-year-old Eirini has been reportedly located but she does not want to return home.

There has been no official announcement by the police yet.