Independent report: The Seven Errors of IMF in Greek Program

An auditors’ body consisting of independent economists investigated the first Greek Program. In their report the economists sharply criticize the International Monetary Fund and record seven mistakes the IMF did in the Greek program.

According to daily Kathimerini that exclusively published the report, the group of  independent economists and specialists studied in depth the program through a series of interviews and internal documents of the IMF and resulted  in the following errors:

1. Loose “starting point”
Before the debt crisis erupted, the IMF did not follow very closely the situation in Greece. The report says that the IMF was praising the country in 2007 for taxation reforms and measures to combat tax evasion but it did not follow up  whether these reforms were implemented.

The IMF was not prepared to bailout a country which was member of the eurozone and did not take time to prepare itself  accordingly before the bailout in 2010.

2. Debt Restructuring
The report criticizes the refusal to restructure Greece’s debt at the beginning of the program, despite the possibility that the debt may not prove sustainable. A debt restructuring should have taken place before the IMF decided in 2010 to bailout Greece with an amount bigger than greater than the corresponding one («exceptional access»).

The report says that initially, because the European Commission, the ECB and some member states opposed Greek debt restructuring for economic, technical or political reasons, Greek authorities complied because they needed the European aid. The IMF had been isolated in the discussions on Europe, and when asked the May 2010 issue of restructuring was off the agenda. “The train had already left the station,” the report said.

3. Non-functional strategy
The IMF followed an increasingly inoperable strategy for very long time. The IMF made particularly positive forecasts that in practice would not come true in the sense that it was and is increasingly becoming difficult to achieve the objectives.

4. Lack of flexibility
An important parameter, which was not paid attention to, was that Greece as a member of a monetary union (EZ) was not flexible. Greece’s EZ-membership created  constraints for an alternative strategy. So Greece needed a program that would take into account these limitations, unlike the hitherto IMF programs for countries outside the monetary union.

5. Relations with Europe
The IMF was “unprepared” for the cooperation with the European partners. Although the Troika proved to be an “effective mechanism” to hold discussions with governments, the IMF “lost its characteristic flexibility to manage crises.”

6. Technical assistance
Regarding the technical assistance provided by the IMF to Greece, the report says that it faced many difficulties due to the need for coordination of the Task Force (EU Task Force), which was based on external consultants from the largest Member States . Technical assistance had the serious disadvantage of not having clear priorities but working with ad hoc initiatives, with objectives that constantly changed and did not take into account the difficulty of assimilation from Greece.

7. Performance of staff
As for the staff involved in the programs of Greece, Spain and Ireland, the report states that the performance of the staff was uneven. There were circumstances where “technical knowledge of the staff was shining” like in the design and implementation of the bailout program for Ireland, but not the same happened with Greece.

The work done in the banking sector was “first class in Spain” but not good enough in Portugal. “The piecemeal availability of staff, despite having experience and expertise, may have been among the reasons for this uneven performance,” the report says. 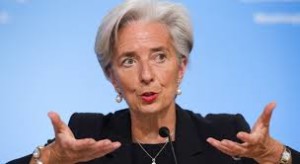 PS We might keep reading about the errors of the IMF and constantly hear IMF officials saying “Sorry, we did some mistakes”. And? What does this change to the millions of destroyed Greek lives? Fairly, nothing.