There rumor was there and now it is reality: Turkey issued arrest warrants against 42 journalists accusing them to have connections with US-based preacher Fettulah Gulen, the alleged mastermind of the coup. One of the most prominent journalists on the list is veteran reporter and analyst Nazli Ilicak, a former supporter of President Recep Tayyip Erdogan. According to latest reports coming from Turkey, 5 journalists on the list have been already arrested.

The purge against real and alleged coup plotters continues without a break, authorities go so far to investigate even those claiming the coup was a hoax, or those criticizing Erdogan’s plans to clean the public administration.

The State of Emergency imposed for at least three months, allows the Government and President Erdogan to bypass the Parliament and rule per “presidential decrees.”

Adamant to “clean the country” from everyone and everything with real or alleged links to Gulen. More than 37,000 civil servants, police officers, judges and prosecutors and academics have been suspended.

2,341 institutions incl schools, charities, unions and medical centers have been closed. Among them is also a private school for Kurdish children.

More than 10,000 people have been detained, among them are also 62 students aged 14-19 years old from the army academy. They are charged with “treason.” 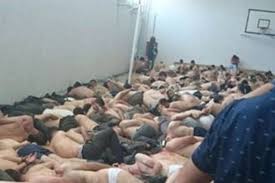 Shocking but not unexpected are allegations that Turkish army officials and soldiers in detention are been “subject to beatings, ill-treatment and torture, including rape and sexual assault.”

Amnesty International has gathered credible evidence that detainees in Turkey are being subjected to beatings and torture, including rape, in official and unofficial detention centers mainly in Ankara and Istanbul.  “Turkish police is holding detainees in stress positions for up to 48 hours, denying them food, water and medical treatment, and verbally abusing and threatening them. In the worst cases some have been subjected to severe beatings and torture, including rape.”

Torture and other ill-treatment

Amnesty International spoke to lawyers, doctors and a person on duty in a detention facility about the conditions detainees were being held in.

The organization heard multiple reports of detainees being held in unofficial locations such as sports centres and a stable. Some detainees, including at least three judges, were held in the corridors of courthouses.

The organization heard extremely alarming accounts of torture and other ill-treatment of detainees, particularly at the Ankara Police Headquarters sports hall, Ankara Başkent sports hall and the riding club stables there.

According to these accounts, police held detainees in stress positions, denied them food, water and medical treatment, verbally abused and threatened them and subjected them to beatings and torture, including rape and sexual assault.

A person on duty at the Ankara Police Headquarters sports hall saw a detainee with severe wounds consistent with having been beaten, including a large swelling on his head. The detainee could not stand up or focus his eyes and he eventually lost consciousness. While in some cases detainees were afforded limited medical assistance, police refused to allow this detainee essential medical treatment despite his severe injuries. The interviewee heard one police doctor on duty say: “Let him die. We will say he came to us dead.”

The same interviewee said 650-800 male soldiers were being held in the Ankara police headquarters sports hall. At least 300 of the detainees showed signs of having been beaten. Some detainees had visible bruises, cuts, or broken bones. Around 40 were so badly injured they could not walk. Two were unable to stand. One woman who was also detained in a separate facility there had bruising on her face and torso.

The interviewee also heard police officers make statements indicating that they were responsible for the beatings, and that detainees were being beaten so that “they would talk”.

In general, it appears that the worst treatment in detention was reserved for higher-ranking military officers.

Many of the detainees in the sports hall and other facilities were handcuffed behind their backs with plastic zip-ties and forced to kneel for hours. Interviewees reported that zip-ties were often fastened too tight and left wounds on the arms of detainees. In some cases detainees were also blindfolded throughout their detention.

Interviewees also said that based on what detainees told them police deprived them of food for up to three days and water for up to two days.

Arbitrary detention and absence of due processAmnesty International interviewed more than 10 lawyers in both Ankara and Istanbul who gave information about the conditions of their clients’ confinement. The lawyers represented up to 18 detainees each. The vast majority of clients were low ranking military personnel, including many conscripts. Some were judges, prosecutors, police, and other civil servants. Detainees were primarily men and were as young as 20. (full AI report here)

Amnesty international is calling for independent monitors to be given immediate access to detainees in all facilities in the wake of the coup attempt, which include police headquarters, sports centers and courthouses.

I think this is the biggest witch-hunt in the history of ‘modern’ Turkey and only Erdogan knows where and how it will end.

PS given these reports, I don’t think that Greece will soon send the 8 Turkish military officers back to Turkey…