Thousands of high-school students flocked to downtown Athens on Monday morning to demand a “a school system and a life they deserve”.

However, the protest rally ended in the usual mess as in most of the cases. 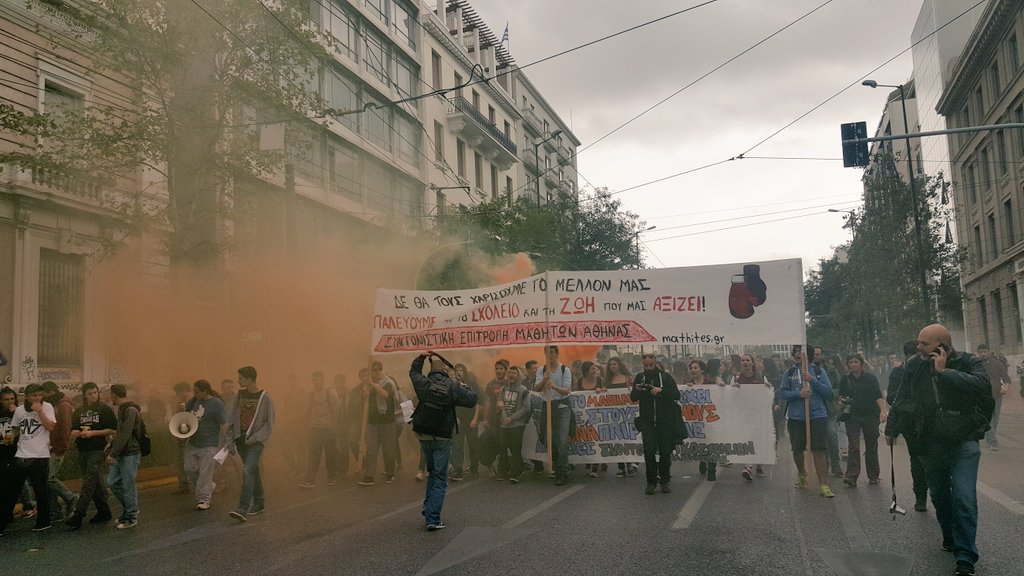 A group of authoritarians intermingled with the students and started to throw molotov cocktail bombs, stones and growing-wild bitter oranges at riot police squads.

Wearing hoods, throwing stones at police outside the Greek Parliament.

The protest was supported by the high-school teachers’ union, who went on work stoppage from 11 am to 2 pm so that teachers can join the rally.

Protest rallies were also held in other Greek cities like Patras, Kalamata, Chania.