Former President Kostis Stephanopoulos passed away at the age of 90

November 21, 2016 Politics Comments Off on Former President Kostis Stephanopoulos passed away at the age of 90 108 Views

One of the most popular Greek politician and president of the Republic, Konstantinos (Kostis) Stephanopoulos passed away at the age of 90. The conservative politician served as President of the Greek Republic two consecutive terms from 1995 to 2005.

He was admitted to a hospital in Athens on Tuesday diagnosed with acute respiratory infection. He did not respond to treatment. He died at 11:18 on Sunday night as a result of damage to multiple organ systems. 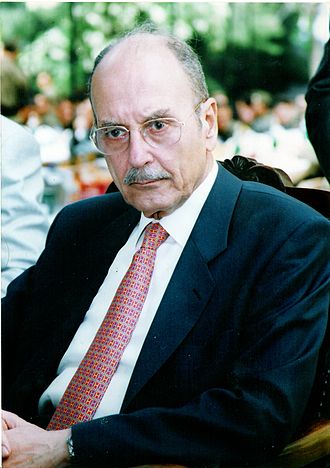 He was born in Patras, Achaia in north-western Peloponnese.

He had studied Law.

He first stood for election in 1958, with the National Radical Union and was elected for the first time as Member of Parliament for Achaia in 1964. He was re-elected for the same constituency for New Democracy (ND) in 1974, 1977, 1981 and 1985. He served as ND parliamentary secretary and parliamentary spokesman from 1981 to 1985.

On 8 March 1995, after being nominated by the conservative Political Spring party of Antonis Samaras and supported by the ruling Panhellenic Socialist Movement (PASOK), he was elected President of Greece, winning the election on a third ballot of MPs with 181 votes. He was the fifth person to hold the post since the restoration of democracy in 1974. He was re-elected on 8 February 2000 on the first ballot, after receiving the support of 269 of the 298 MPs present. He remained in office until 2 March 2005, when he was succeeded by Karolos Papoulias.

As a President he was known for his low-key profile, unifying approach to current and international affairs, and gentlemanly behavior. During his presidency, he was consistently the most popular public figure in Greece.