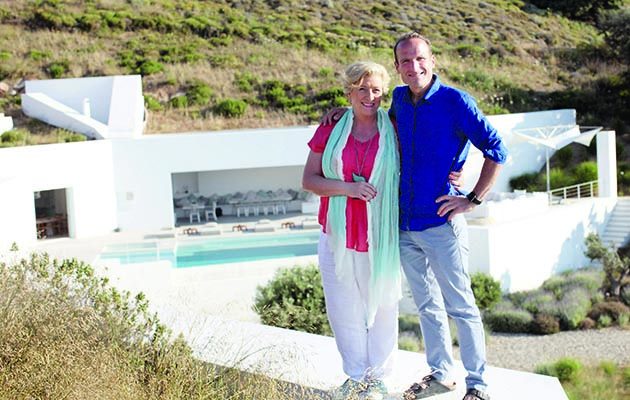 Did you know there is a stunning house on the Greek island of Antiparos that is hidden beneath the landscape? The amazing nine-bedroom underground  house for awesome holidays in Greece called Ktima House has now acquired publicity because of a series of BBC.

Award-winning architect Piers Taylor and actress and property enthusiast Caroline Quentin explore The World’s Most Extraordinary Homes built in forest locations or underground from New Zealand to Norway and from the Swiss Alps to Spain.

On their way to Greece they discovered this exceptional underground real estate on the small island of Antiparos, just a couple of nautical miles away from Paros in the Cyclades group in the Central Aegean Sea.

The house is not actually built underground It is the green roof that allows the underground spaces to be invisible so only the pool terrace and white-washed walls are on view. 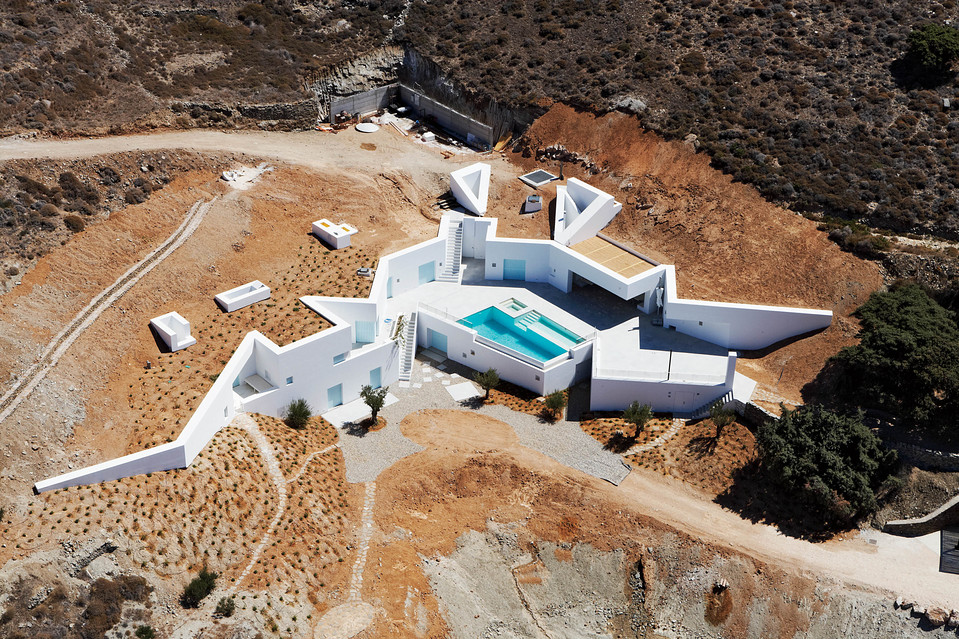 In Radio Times David Butcher describes the experience of the Ktima House as ” a concentrated essence of Greek-ness, all white walls, zig-zag lines and terraces, but cleverly designed so it’s embedded into a hillside.”

I don’t know who owns the Ktima House or what is the property value and I understand it was build in 2014.

But what I know for sure is that Antiparos is a lovely small island less than a nautical mile away from Paros, with amazing beaches, crystal clear water and cute taverns.

The island has one of the most beautiful and mysterious caves in the world, the Antiparos Cave, that has been used as a natural shelter from the Neolithic period onwards.

The cave is very extensive, and extends at several levels.

Signs and scratches on the stalactites and stalagmites attest to the passers, as the inscription on the altar of the generals of Alexander the Great and King Otto.

The cave is fully exploited in the second half of the 1900s with funds from the EU by erecting barriers, building adequate steps, installing lighting, security cameras and loudspeakers to inform visitors.

The cave is on a hill and I remember when I visited several ages ago that we went up on the back of donkeys.

Tom Hanks and his wife Rita Wilson of Greek origin have a summer house there and soak in the sun as often as they can.