Greek Minister of Labour, Social Security and Social Solidarity, Effie Achtsioglou sent an open letter to Managing Director of the International Monetary Fund, Christine Lagarde, about the state of pensions in Greece. We do not accept further pension cuts was the message Greece sent to the IMF.

In her letter that was sent to Financial Times, Achtsioglou argues against further pension cuts stressing that “Greece’s pensioners already have barely enough to live on.”

The minister dismisses the claim of the IMF but also of European lenders like Germany that pensions in Greece were disproportionately high when compared to other EU member states.

“Pensions in Greece function as a substitute, filling the gaps in the social safety net,” she wrote and stressed that “older people in Greece are in much worse situation than elsewhere in Europe because they have no access to other benefits.” 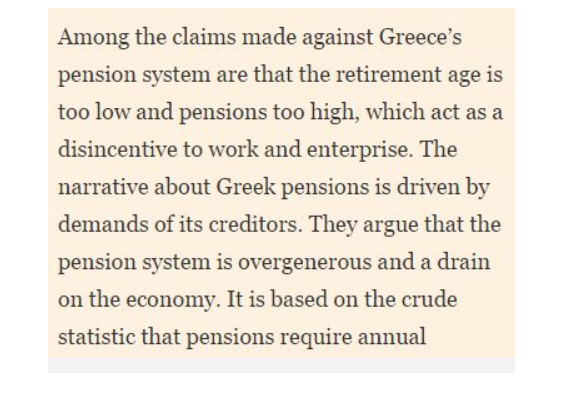 The Greek Labor minister noted that it is misleading to claim Greece’s spends 11% of GDP on pensions, when after the reforms of September 2016, the rate fell below 9%.

“43% of Greece’s pensioners receive less than 600 euro per month,” she underlined

Achtsioglou reckoned that in Davos, Christine Lagarde  pointed out at the growing inequality and poverty and urged politicians to ” think about how to deal with popular discontent.  To insist on further pension cuts, while Greek pensioners have barely enough to live, is definitely not a way to address public discontent”

Achtsioglou is right. She is partially right, though.

The majority of Greek pensioners of the private sector can indeed hardly make a living on 300 or 500 or even 600 euros per month.

However, there is still the privileged group of the pensioners of the narrow and broader public administration, who received pensions much higher than they should. I recently heard, that pensions received by employees of a big Greek bank with a special status pending between private and public sector, have undergone cuts of zero euro, despite the fact that all pensions have been cut several times since 2010. 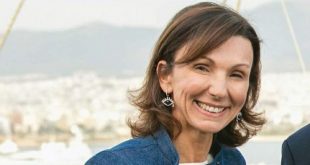