Bavaria’s finance minister Markus Soeder (CSU) told the daily BILD that should Greece receive new aid payments then there should be new conditions: Pledge  in form of  Cash, Gold or Real Estate.” 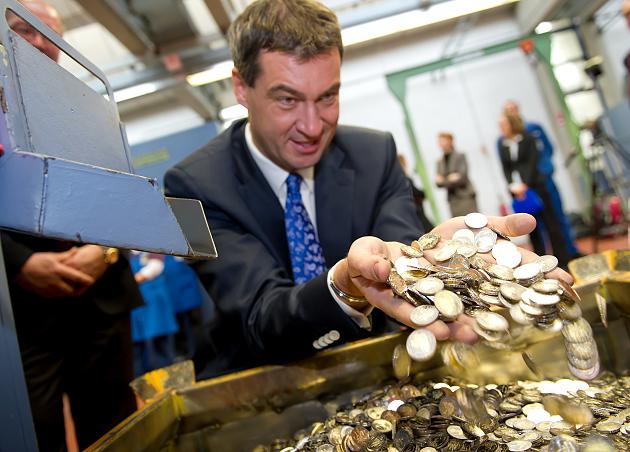 Soeder said also that Greece must implement the reforms in order to receive new aid – but this is something everybody says.

During the Greek government-debt crisis, Soeder was among the most vocal in calling for Greece to leave the Eurozone. By 2012, he said in an interview: “Athens must stand as an example that this Eurozone can also show teeth.”

The 50-year-old politician was tagged by German weekly DER SPIEGEL as one of the Ten Most Dangerous European Politicians.

Der Spiegel had defined these ‘dangerous politicians’ as “every politician who is resorting to cheap populism in order to rack up domestic political points.”

Nevertheless, Soeder did not elaborate what kind of gold he would accept – but the free association game made me shiver. Not without a reason.

In 2012, under Soeder’s leadership, Bavaria pledged €500,000 ($687,546) in public funding for the Munich-based Institute for Contemporary History (IfZ) to produce a critical, annotated version of Adolf Hitler’s Mein Kampf for publication in 2015 when the copyright expired. Soeder said at the time that the publication would aim to “demystify” Hitler’s manifesto. By 2013, however, the Bavarian state government ended its funding for the project.