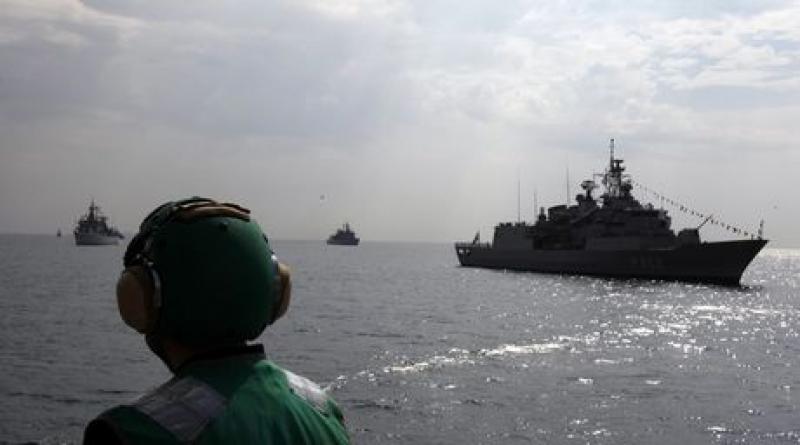 US Ambassador concerned about “accident” between Greece and Turkey

US Ambassador to Greece Geoffrey Pyatt expressed concern about the possibility of an “accident” between Greece and Turkey due to the increased activity in the Aegean Sea in recent weeks. At the same time, Pyatt praised the Greek government’s responsible attitude at a time of heightened tension and for the financial contributions of the indebted state to the NATO.

Pyatt made these remarks speaking to a journalist at the side of the Delphi Economic Forum over the weekend.

Regarding on the Cyprus issue, meanwhile, he said the new U.S. administration will continue its efforts for a solution.

Turning to economic affairs and the role of the IMF, the ambassador said that he had not observed any change in the attitude of the new U.S. leadership, expressing U.S. support for growth in Greece.

Pyatt also referred to the importance of transatlantic relations, with emphasis on NATO and bilateral ties. “I want to see Greece play an even greater role as a pillar of regional stability,” he added.

“Economic stability and prosperity are important elements of any effort to broaden Greece’s role in this region and in Europe. And, therefore, my number one priority is to sustain the U.S. effort to spur growth and support economic recovery in Greece,” the ambassador said,

“As Greece demonstrates its commitment to reform and builds additional trust with its creditors, I am convinced that new investments, both by foreign investors and domestic ones, will buoy the economy and create new jobs,” he added.

Pyatt said that the U.S. government was eager to see U.S. companies expand existing investments and invest in new ventures in Greece.

“One of the things we’re working on this year at the Embassy is a road show and a trade mission planned for June in the United States. We are also engaged with the American pharmaceutical industry and the Greek government to support a healthcare investment initiative,” he said.

Geoffrey Pyatt praised the US-Greek cooperation also in the context of NATO and Greece’s military spending/financial contribution to the North Atlantic Alliance.

” I want to commend Greece – one of only six countries in the NATO alliance currently meeting their defense spending commitments under Article III. To consistently meet these obligations, despite domestic challenges, shows Greece’s commitment to collective defense, Pyatt stressed.

“U.S. bilateral cooperation with Greece at Souda Bay plays a particularly critical role in supporting our common goal of achieving regional stability. I made my third visit to Souda Bay this week when the USS George H.W. Bush stopped there for repairs and replenishment. I heard from Crete government officials how much they appreciated the economic injection from the carrier’s visit. But I also heard from the ship’s captain how much he valued the support from his Greek counterparts and Souda Bay’s unique strategic location, which allowed the carrier to make a port stop without missing a beat in her operational activities against ISIS,” the US ambassador underlined.

He added that “the United States also strongly supports Greece’s efforts to build its energy connections with Europe. Projects such as TAP, the Greece-Bulgaria Interconnector, Revithoussa, and the proposed FSRU near Alexandroupolis all help cement Greece’s critical role in transforming the energy security of Southeast Europe – and will help drive economic growth in the years ahead.” (ert.gr, greeknewsonline.com)