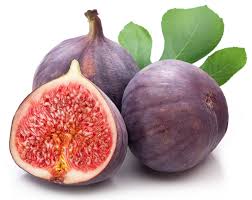 PIIGS no longer a threat for Eurozone, it’s time for the FIG

Heavily indebted Greece is one of the reasons the Eurozone could break up. The threat is 50 percent real despite the many crises both Greece and the Eurozone have already survived. However, Greece is not alone. France and Italy pose a threat for the Eurozone. The time of PIIGS is long over. Now it’s time for the FIG.

How can Greece break up the eurozone? This will be the case when Greece tells the world it “can’t take it anymore.”

In the scenarios of Bloomberg journalists, this will happen when:

① With creditors asking for more pension cuts, Prime Minister Alexis Tsipras’s government calls a snap election, saying none of this was part of the bailout deal agreed to in 2015.

② Tsipras’s move helps him claw back his estranged voters and win the election on an explicit promise to abandon austerity.

④ This time Greece doesn’t blink. Athens defaults on its debt held at the European Central Bank, prompting the ECB to pull the plug on its banks.

⑤ Deposits are redenominated into promissory notes, a form of IOU, as companies and the government are forced into bartering goods and services while a new currency is printed.

⑥ This paves the way for Greece’s departure from the euro area.

However in Bloomberg’s article, Greece is just the third scenario that would bring down the Euro.

Top threat is nationalist Marine Le Pen wins the elections in France. The Euro Enemy No 1 Le Pen is followed by the increasing euro-skepticism in Italy.

The Greek scenario has 50% chances to materialize.

What the experts say the chances are 50 percent

“This implosion of the euro zone is getting closer. The most vulnerable are Italy, France, Portugal and Greece. I expect one to be gone in 18 months’ time. There will be no warning or negotiations.” —Jim Mellon, chairman of the Burnbrae Group

Chances for the French scenario are at 15% and 30% for the Italian scenario..

Bloomberg has also three scenarios about how the euro can be saved. With chances at 75%, the strongest scenario claims that the Eurozone members muddle through,

In this best scenario ever on how to save the euro, the authors predict among others, that

④ Greece’s reluctance to implement austerity to unlock bailout funds creates a minor crisis every year, but there’s an 11th-hour deal every time, and the Greek economy gradually improves.

PS Unbelievable. Such a small and broke country like Greece can break the eurozone up… BTW: I realize the time of famous PIIGS is over. Now it’s the FIG time. However, the FIGs ripe end August and September 🙂