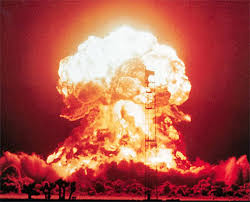 The European Commission keeps its Plan B for Greece in the Berlaymont building in Brussels, in a safe. A secret with seven seals. The emergency Grexit plan drafted by the Commission in summer 2015 in the peak of the crisis between the Greek government and the European creditors. The 200-point plan contains sensitive information that would jeopardize stability in Greece and cause turmoil in the Eurozone should the document be published.

Therefore, European Economic and Monetary Affairs Commissioner Pierre Moscovici has turned down a request from former Greek minister Anna Diamantopoulou for Brussels to make public the emergency plan it drafted for the possibility of a Greek exit from the eurozone.

According to Kathimerini, Diamantopoulou wrote to Moscovici earlier this year following a revival of Grexit speculation and asked for the plan to be published so Greeks could be aware of the dangers involved.

However, Moscovici suggested in his response, which Diamantopoulou received a few days ago, that publishing the draft would simply fuel damaging speculation and would not be in the public interest as it would endanger financial, monetary and economic stability in Greece. He also said that the document contains some highly sensitive issues.

Parts of the plan, which is said to include emergency humanitarian aid for Greece, were discussed at the College of Commissioners in Brussels a few days before the July 5 referendum in 2015.

“In our view, the public interest is best served when citizens know the whole truth about issues that affect their future,” Diamantopoulou, who now heads the Diktyo think tank, told Kathimerini. The former minister also served as a European commissioner between 1999 and 2004.

EU commission’s Grexit Plan was drafted around end of June 2015 by a team of fifteen Commission officials, many of whom had previously had direct involvement in the Greek bailout programs.The existence of such a plan was revealed a few weeks later, as one of the EU’s scaremongering cards against Greece and the Greeks.

According to a KTG’s article published on 19. July 2015, an EU official had warned Greeks that tanks would be rolling in the streets of Athens, should the coalition SYRIZA-ANEL government would not comply with creditors’ demands and sign for the third bailout.

The report addresses some 200 issues that could arise from a Greek exit from the single currency, including potentially devastating social consequences.

“If this plan did ever materialize, the sound of army tanks would be heard in the street of Athens”

One of the 200 issues examined in the report was also, whether Greece would also be forced to leave the European Union, and therefore the Schengen Area, if it had to abandon the euro.

The Commission’s Grexit Plan is kept in a safe close to the office of European Commission President Jean-Claude Juncker on the 13th floor of the Berlaymont building.