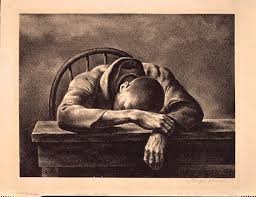 Real unemployment in Greece is at 30% and the salary gap between the private and the public sector is growing. These are some of the findings of the annual report 2016 conducted bu the Labor Institute of the Confederation of Greek Private Sector Unions (INE-GSEE) about the state of laborers and households in austerity-hit country.

51.6% of private sector employees with less than €800 per month finance the more than €1,000 salaries of  the public sector.

INE-GSEE noted in its 2016 report on the Greek economy that crisis-induced inequalities among different groups of workers and the decimation of the labor market have had a negative impact on productivity.

The increase in labor market flexibility last year translated into 51.6 percent of private sector salary workers receiving less than 800 euros per month at the same time as half of all civil servants were being paid more than 1,000 euros per month.

According to the report,net salary for private sector workers was:

Labor Institute economists estimate that the real unemployment is much higher than the official of rate of 23.1% (Jan 2017) and it should be at 29.6%.

The large decline in private sector salaries and large increase in flexible work conditions (part-time, rotation work, short term jobs) could erode the social cohesion and large parts of the society could be lead into poverty.

Rate of households unable to cover some of their basic needs

This is due to the major decline in disposable income and the drop in savings.

The report stresses that all of the above findings make any further efforts toward labor market flexibility entirely ineffective.

I remember, how shocked I was in 2010-2012, to find out that while unemployment was skyrocketing and private sector salaries were plummeting, street cleaners hired by municipalities would earn 800 euro per month net. probably I was the only one who saw this inequality back then.

Are you employed or unemployed when you have a job of 4 hours per week?

IMHO: Officially you’re employed, unofficially you earn less than the unemployment allowance of 386 euros and certainly cannot make a living.

The report does not mention the Greek reality of recent years where employees do not receive the arranged salary on time, but just a small part ‘in advance’.

Furthermore, a recent practice has it that more and more employers give part of the salary to their employees and the rest in form of coupons/vouchers for supermarket purchases. these coupons/vouchers do not replace in full the missing salary but are of small amounts of five or even one euro.

PS We used to get such jobs when I was a student in Germany. Students jobs, that were paid better than today’s salaries in Greece, salaries designed for labor craft in full productivity that need to feed families and pay bills.