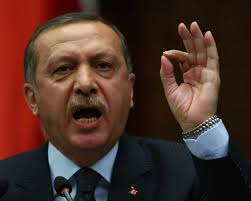 Real or Empty Threat? Will Turkey send a new wave of refugees to Europe?

As relations between Turkey and Europe deteriorated, the government in Ankara did what it knows best: it fired threats. Exactly there where it knows it hurts Europe: The Refugees.  At least two ministers told media that the government is considering to review the EU Turkey Deal.  The statements were immediately understood as a threat that president Recep Tayyip Erdogan would open the doors and send a new mass wave of refugees and migrants to Europe. More than 850,000 people left Turkey for Greece in 2015.

Will Erdogan make his threats come true? Some people, like smugglers, think and hope, he will. But analysts believe,  he won’t.

Smuggler Abu Samir, who earned up to $4,000 on some days and now complains that the EU Turkey deal has caused his business to collapse.

“I expect waves of people,” he said in a video call on Tuesday night. “The business will come back to the way it was, and maybe better.”

It would mark “an incredible divergence” from one aim of Turkey’s continuing military campaign inside Syria, “which is to create a safe space for refugees to move back” into Syria.  his seems to me like an empty threat, and it’s about time Europe called Turkey on this.”

Whatever Mr. Erdogan does, the prospect of traveling to Greece is less appealing to Syrian refugees than it once was, said professor Heaven Crawley, a migration expert at Coventry University and the co-author of wide-ranging research on the motivations of Europe-bound migrants.

“There is no shortage of people in Turkey who could move. It’s just that they don’t see there’s much point in moving,” Professor Crawley said. “They don’t see the point of being stuck in Greece.”

If a new wave of migration to Greece does materialize “if enough numbers arrived in Greece, then neither Greece and Macedonia will be able to hold them, so they’ll have to open the borders again.”

full article inA threat on Migration may prove to be empty

Greece’s main opposition party New Democracy warned that 200,000 refugees and migrants will flock to Greece if the EU Turkey deal on the refugee crisis breaks apart.

Although the EU Turkey deal halted the mass influx, there are currently more than 60,000 refugees and migrants stuck in Greece.